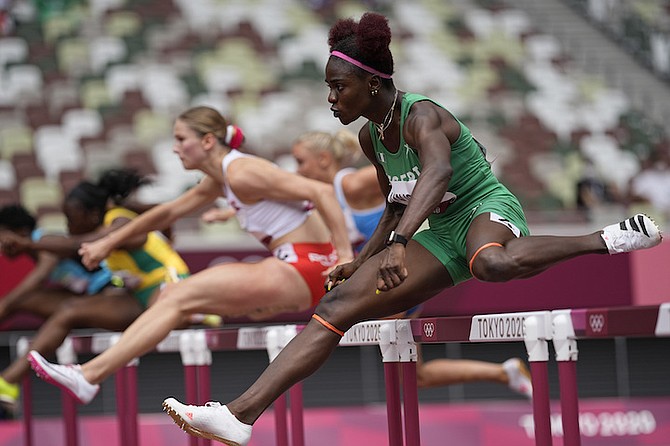 Tobi Amusan, of Nigeria, on the way to winning her heat in the women's 400-metre hurdles. Devynne Charlton of The Bahamas placed second in the heat for a place in the final. (AP Photo/David J. Phillip)