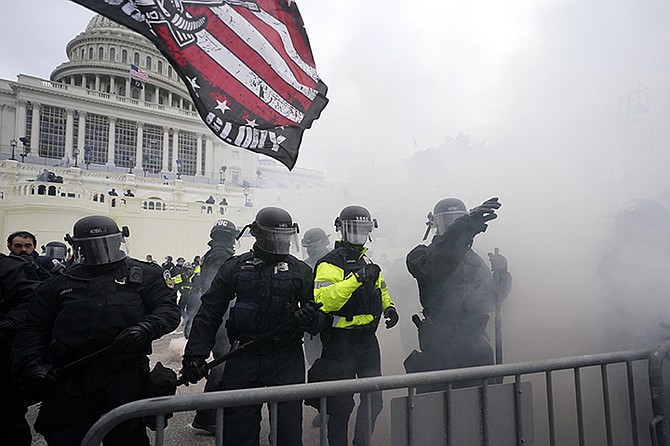 Police hold off Trump supporters who tried to break through a police barrier, Wednesday, at the Capitol in Washington. (AP Photo/Julio Cortez)

BAHAMAS Ambassador to the United States Sidney Collie told The Tribune Wednesday night of his shock at the storming of the US Capitol building by pro-Trump rioters.

WASHINGTON (AP) — A violent mob loyal to President Donald Trump stormed the U.S. Capitol on Wednesday and forced lawmakers into hiding, in a stunning attempt to overturn America's presidential election, undercut the nation's democracy and keep Democrat Joe Biden from replacing Trump in the White House.