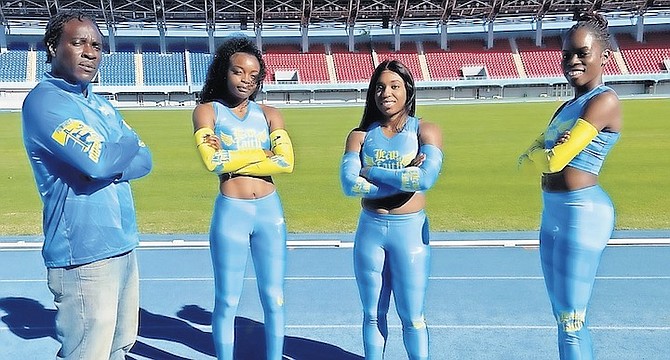 COACH James Rolle with (l-r) Daejha Moss, Andira Ferguson and Tamara Myers as they display their Leap By Faith uniforms.