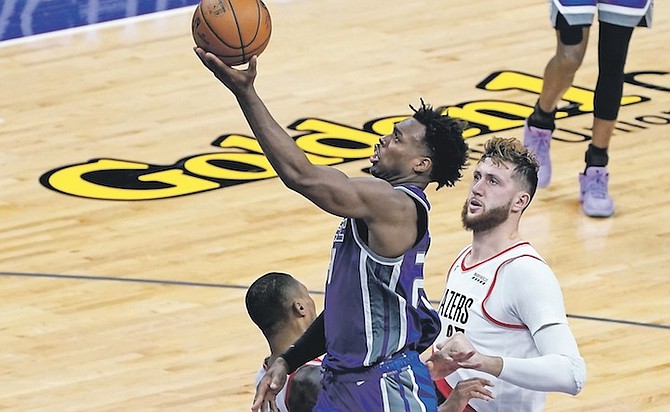 SACRAMENTO, California (AP) — Damian Lillard scored eight of his season-high 40 points in the final four minutes, and the Portland Trail Blazers tied a franchise record with 23 3-pointers to beat the Sacramento Kings 132-126 last night for their fourth straight victory.