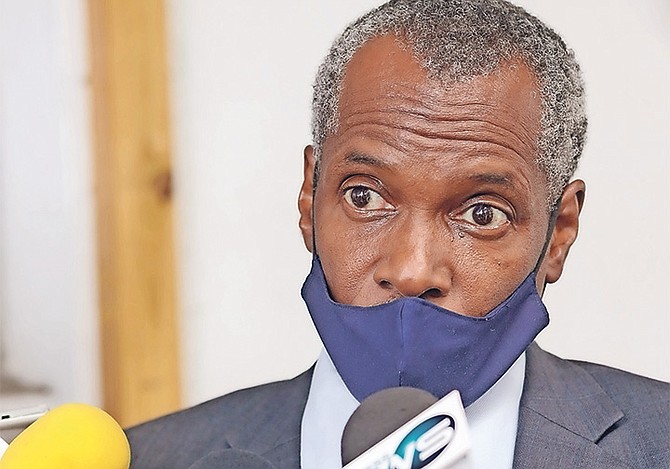 The government is planning to reform construction-related laws so that licensed architects and engineers can approve building works performed by their counterparts, the deputy prime minister has revealed.

The deputy prime minister yesterday pledged to slash building permit turnaround times by up to 80 percent with the implementation of Building Control’s long-awaited digital approval system.

DEPUTY Prime Minister and Minister of Works Desmond Bannister said the board of the Straw Market Authority has paid off nearly $500k in debt owed to the National Insurance Board, Bahamas Power and Light and the Water and Sewerage Corporation.

WORKS Minister Desmond Bannister said Bahamas Power and Light will have to hold accountable those responsible for the recent island-wide power outage that has sparked concerns about the company’s ability to provide reliable electricity this summer.

HUMANS Rights Bahamas has again criticised the government for its response to calls from United Nation experts to halt demolition works of shanty towns on Abaco, saying recent comments made by Works Minister Desmond Bannister only “emphasises that the government’s actions are driven by discrimination and xenophobia.”