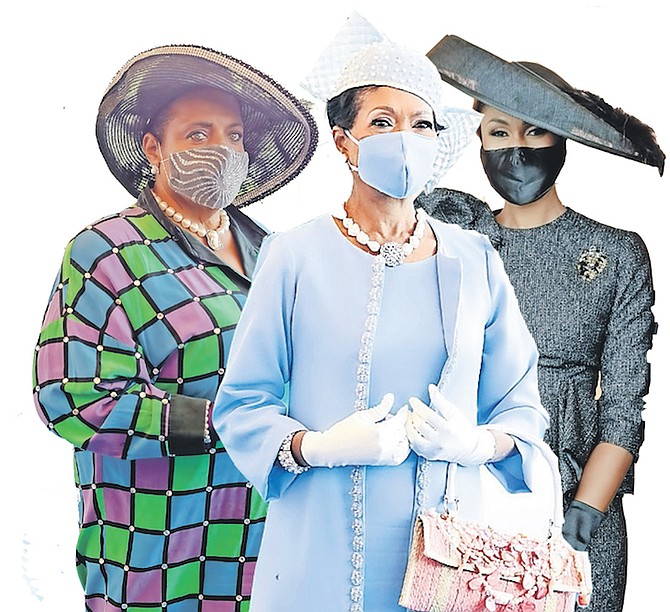 AMONG those showing off their fashions at the opening of Parliament were, from left, former MP Loretta Butler-Turner, Ann Marie Davis, the wife of Prime Minister Philip “Brave” Davis, and Leslia Milller-Brice MP.

DRESS codes, to some people, are necessary. To others, they are restrictive. The way they are received depends heavily on the reason they are introduced, the effectiveness in addressing that cause, enforcement, and the consequences, both intended and unintended, of their existence. It often seems as though we like dress codes. It isn’t that we particularly enjoy being constrained, but watching other people fail to meet the standard appears to be a favourite pastime.