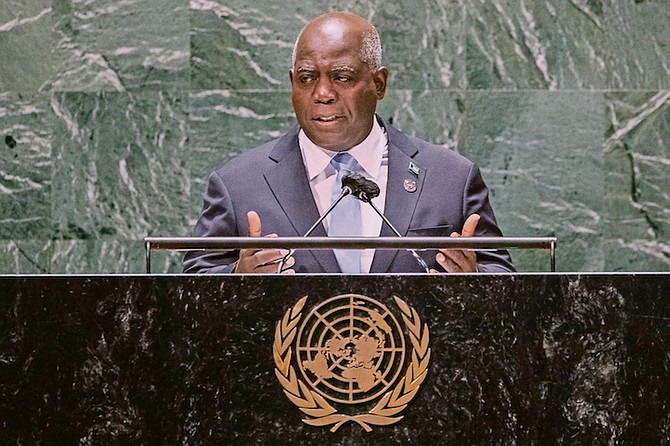 DIANE PHILLIPS: Mr PM — You are so right, we are not in this alone, but the future will be built on what we alone do

ON September 25, Prime Minister Philip Brave Davis addressed the General Debate of the 76th Plenary Session of the United Nations. Still in the victory lap of his party’s win at the polls and assumption of the reins of governing a country with more needs than money to meet them, he spoke for 16 minutes and some seconds with real conviction, delivering a message that should not be lost on the Bahamian people.

PRIME Minister and Minister of Finance Philip “Brave” Davis said his administration is “assessing” the country’s debt arrangements and will seek to negotiate where necessary to avoid default.