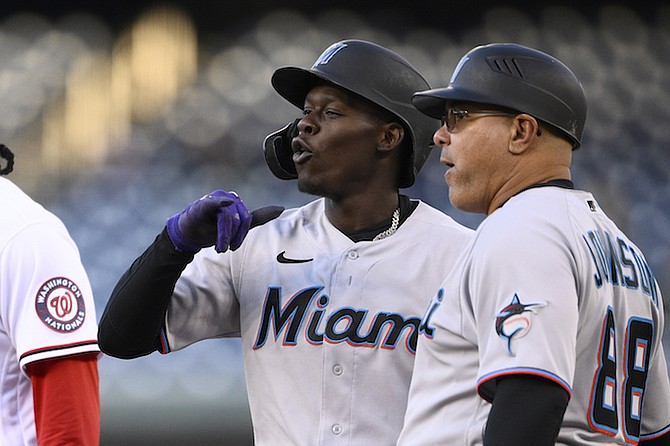 MARLINS’ Jazz Chisholm Jr, left, gestures next to first base coach Keith Johnson (88) after he singled during the first inning of a baseball game against the Washington Nationals last night in Washington.
(AP Photo/Nick Wass)

THEY were members of the same International Signing Class in 2015 and now seven years later, Jazz Chisholm Jr and Lucius Fox made Bahamian baseball history once again at the major league level.