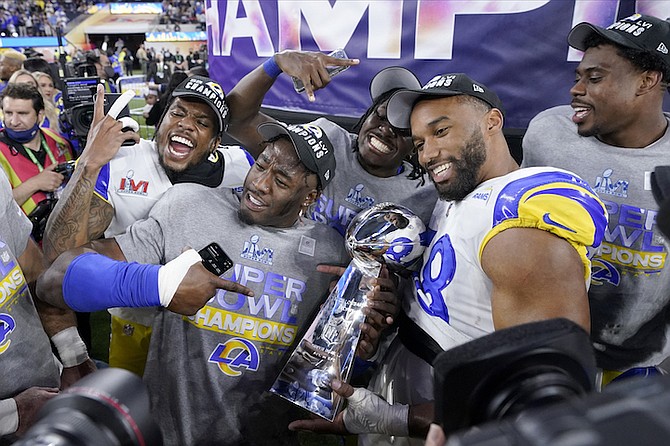 INGLEWOOD, Calif. (AP) — In a venue built for champions, the Los Angeles Rams carried off the crown jewel: a Super Bowl trophy.