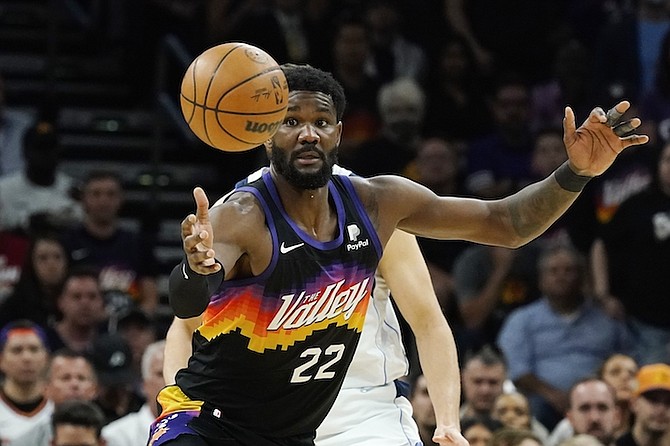 Phoenix Suns centre Deandre Ayton controls a loose ball during the first half of Game 5 of an NBA basketball second-round playoff series against the Dallas Mavericks Tuesday, May 10, 2022, in Phoenix. (AP Photo/Ross D. Franklin)

‘We are going to have to play together’

Deandre Ayton looks ahead to game 6 against Mavericks

The Phoenix Suns have an opportunity to clinch a second consecutive berth to the Western Conference Finals but Deandre Ayton said he expects tonight’s game six matchup to be one of the toughest in the series.