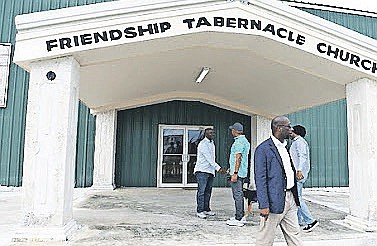 THE FRIENDSHIP Tabernacle Church served as a shelter for 200 during the storm. Photo: BIS

ACTING Prime Minister Chester Cooper says Abaco fared well with no significant infrastructure damage or serious injuries in the aftermath of Nicole. The day after the storm followed the same path as Hurricane Dorian three years ago, Mr Cooper, along with government officials and the official opposition assessed the island.