Former candidate lashes out at DNA

A FORMER DNA candidate has criticised his former party for comments it made about him when giving the reasons for his removal as its candidate for South Beach. 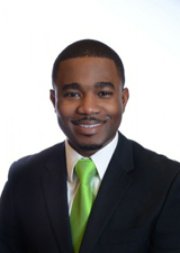 Sammie "Star" Poitier, former DNA South Beach candidate, in a statement made online, said the DNA made comments "with no regard for how this would affect my credibility, my reputation, and of course my family."

Last Wednesday, DNA leader Branville McCartney explained the ousting of Mr Poitier, stating: "There are certain requirements that we expect of each candidate in each constituency, certain procedures and policies we have implemented for the better representation of each constituency, and when candidates don't comply with those procedures and policies, we have to look and see what is best for the constituency. In this case, many things were not complied with over the last six months and we had no other choice than to revoke (Mr Poitier's) candidacy."

Mr Poitier has denied all the allegations.

"They inferred that I was not prepared to participate in the electoral process at this time," he said. "This is fictitious; and it is blatantly false.

"There were a number of DNA representatives that stated on many occasions that my team and I did not perform well, and that I, in particular, was inefficient as a candidate," Mr Poitier said.

"They also said that I did not deliver reports required by the party, started no community programmes, did little to no work on the ground and that for these reasons, among others, that I was not fit to be a candidate and therefore released. Contrary to those assertions, all of the aforesaid requirements were met."

Mark Humes, chairman of the DNA, refused to comment on Mr Poitier's statements, only offering that it's "unfortunate" that Mr Poitier feels slighted.

"We are on a serious mission right now and this mission is not for everyone," Mr Humes said. "It is for those people who are ready to take on the job, and the job is not an easy one."