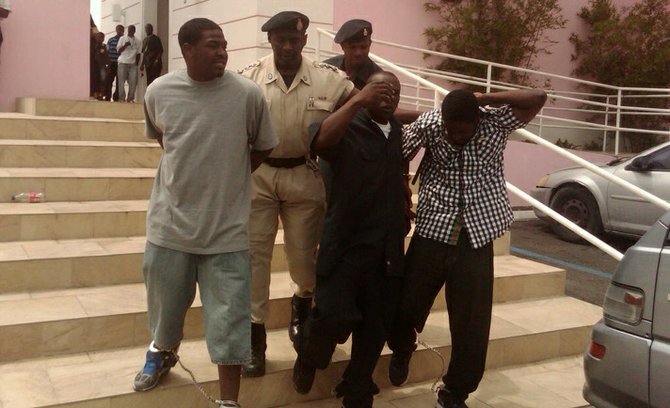 The men outside of court on Thursday.

In the first arraignment, it is alleged that the pair shot and killed 25-year-old Triston Bartlett on Wednesday February 8.

In the second charge of murder, it is claimed the duo, along with 37-year-old Leslie Bowe, conspired to and killed Eugene Stuart on Thursday, March 2.

The men were not required to enter plea to the charges due to the nature of the offences.

Their attorneys Jomo Campbell and Michael Kemp made allegations of police brutality against their clients.

Chief Magistrate Gomez made an order for the accused men to be examined and treated.

He remanded them to prison. They return to Court 1 on Wednesday, May 23 to be served with a Voluntary Bill of Indictment.