THE Democratic National Alliance has vowed to contest the nomination of FNM South Beach candidate Monique Gomez in the Supreme Court.

Calling for swift action, the DNA gave the Parliamentary Registration Department a deadline of 1pm yesterday to declare the candidate invalid. 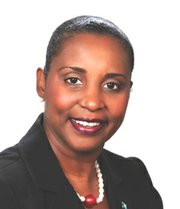 No action was taken before press time last night, so the fledgling party is expected to seek a judicial review of her nomination.

Ms Gomez came under fire from the DNA after she put the incorrect year on one of the three forms gazetted last week. The contested form, the Declaration of Qualification, was dated April 16, 2011.

Speaking at a press conference at the party's South Beach constituency office yesterday, DNA Mt Moriah candidate Wayne Munroe said according to the law, a valid nomination must be accompanied by forms not only made, but also dated, not more than 90 days before nomination day. He said: "The courts are there to resolve differences, I am confident that we will get a hearing if necessary in swift order and I am also confident if it needs to be appealed to our Court of Appeal, we ought to be entertained in swift order because the courts take their jobs seriously."

Mr Munroe sent a letter to Parliamentary Commissioner Errol Bethel on April 20, challenging the validity of the nomination.

Mr Munroe said the fact that the FNM does not take nomination day seriously, means the party does not take the system seriously. He said: "The obligation to do the documents correctly is on the candidates; let's be very clear about this, these are people who say, 'You should entrust me with making your law and entrust me with your government' - that's what they say, but we couldn't even trust them to get the date right.

"It shows a lack of focus, it shows to my mind a failure.

"The question that has to be asked is, what were you doing when you got the document back that you didn't think to look at the date? Where was your head at that time? If you get into government and an important decision has to be made, how do we know your head won't be in the same place that it was when you should have been looking to see that it says 2012 instead of 2011?"

DNA candidate for South Beach Wallace Rolle said the party will pursue the matter to the full extent of the law.

He said: "Any vote for Monique Gomez and the Free National Movement in South Beach, I would say, would be a wasted vote because at the end of the day we would certainly think that she is not on the nomination ballot for May 7 - and if we need to go further, we intend to go further."

"Once it is notarised by a Justice of the Peace, that's all that matters. That is a clerical error, that won't stand up," Mr Bethel said.