Banks To Replace $130m In Capital

BAHAMIAN-owned commercial banks will have to phase out and replace some $130 million in collective preference share capital over the next decade, a task that has been described as a "significant change but not onerous". 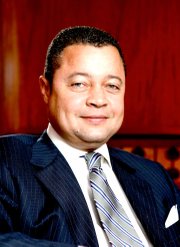 The Central Bank of the Bahamas, in its April 2012 letter sent out to the heads of all its licencees, confirmed that as part of preparations for all Bahamian banks and trust companies to meet the requirements of new global capital standards, known as Basel III, preference shares will "no longer qualify as any form of capital".

This will affect the three Bahamian majority-owned commercial banks listed on the Bahamas International Securities Exchange (BISX), which all have preference shares - to varying degrees - included in their capital bases.

Commonwealth Bank has the largest amount of outstanding issued preference shares, some nine separate classes worth a collective $84.983 million, according to its 2011 annual report. It is followed by Bank of the Bahamas International, which has some $35 million, and Fidelity Bank (Bahamas), which in its 2011 third quarter financials said it had $10 million in issued preference share capital.

Pointing out that his institution already had a strategy worked out, Mr McWeeney said Bahamas-based commercial banks would likely be able to replace preference share capital with retained earnings growth once the sector resumed long-term profitability trends.

He added that the main impact was likely to be felt by Bahamian investors, who would no longer have the option of investing in bank-issued preference shares - a debt instrument that, with its attached interest rate coupon, was seen as a relatively attractive destination for investment dollars.

"The new criteria has been established, and the Central Bank has adopted Basel III and will enforce compliance," Mr McWeeney told Tribune Business. "We've had a series of meetings with the Central Bank, and we're going to phase out preference shares over a period of 10 years."

Emphasising that he could not speak for other banks or the sector as a whole, Mr McWeeney said that in Bank of the Bahamas International's case it would have to phase-out its preference share capital at an average rate of $3-$3.5 million per year.

"The schedule identified by Basel III is not very onerous on the banks," he added, noting that the Central Bank's trigger and target ratios for Bahamas-based commercial banks, of 14-17 per cent respectively, were well above international requirements. Most Bahamian commercial banks' ratios were currently in "the lower 20 per cents".

In his letter to Bahamian bank heads, Abhilash Bhachech, the new inspector of banks and trust companies, said that under Basel III the composition of the 8 per cent minimum capital risk-adjusted ratio would change.

Currently, that 8 per cent is split equally between Tier 1 and Tier 2 capital, but under Basel III the former will have to increase to 6 per cent of risk-weighted assets, with the latter dropping to 2 per cent by January 1, 2015.

"Tier 1 capital will consist of: common equity (ordinary shares) which is considered the highest quality of capital, and would need to be maintained at least 4.5 per cent of the risk-weighted assets or 75 per cent of this Tier I component," the letter said.

"Our commercial banks are well-capitalised with quality CET1 and Tier 2 capital, and are currently subjected to trigger and target ratios of 14 per cent and 17 per cent, respectively - well above the levels proposed under Basel III."

Noting that all Bahamas-based banks needed to have "an approved strategy", together with timeframes, for dealing with the preference share replacement issue, Mr McWeeney told Tribune Business: "A significant change is taking place. Those banks that have preference shares have to find quality replacements for it, and you don't want to diminish your capital base.

"We could redeem our preference shares, shrink capital and still comply, but that's not what we want to do. We want to grow our capital. We will find a way to replace them, while still maintaining the same level of capital adequacy."

He added of the preference share issue: "It's a significant change; it's not onerous. The transition is manageable. On a normal course, when business gets back to normal, we have the potential to replace that with growth in earnings.

"It's been a tough last couple of years, but we're optimistic that hopefully by 2014 things will pick back up and we will get a base to replace that from growth in retained earnings. It's a manageable process but a significant change."

Mr McWeeney, though, noted that with bank preference shares "falling away", investors would no longer be able to enjoy the "decent returns" they provided.

"It impacts the investing community. Preference shares were a satisfactory investment for many years, and provided a decent return, but they will go away now," he said.