Ex-Ag: Fatca Iga 'Not Appropriate' For The Bahamas 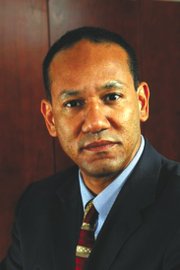 A former Attorney General yesterday said meeting the US Foreign Account Tax Compliance Act’s (FATCA) requirements via an Intergovernmental Agreement (IGA) may not be in the Bahamas’ best interests, due to the “substantial infrastructure investment” needed for tax information exchange.

John Delaney QC, head of the newly-formed Delaney Partners’ law firm, said the model IGA agreements unveiled by the US Treasury/Internal Revenue Service (IRS) required information on American taxpayers with bank account interests in the Bahamas to be exchanged automatically - something this nation would currently be unable to cope with.

Unlike the UK and other developed countries, which have tax authorities, Mr Delaney pointed out that the Bahamas - in the absence of an income tax - did not have such an organisation.

As a result, the information sharing burden would likely fall on the Ministry of Finance. While the specific nature of co-operation requests made under Tax Information Exchange Agreements (TIEAs) with the US and other countries had to-date limited the demands placed on the Ministry, the automatic exchanges required by a FATCA IGA would dramatically increase its workload.

To cope, Mr Delaney said the Bahamas would have to invest heavily in expanding its tax information exchange infrastructure, suggesting an IGA was “not the appropriate solution for the Bahamas”.

However, Annie Chinafat, a principal with KPMG, said the IGAs represented a “starting point” for the Bahamas in determining how it would comply with FATCA, and whether it would take the IGA or individual financial institution route.

“It’s a starting point that we should at least use as a base for starting discussions,” Ms Chinafat told Tribune Business.

“I know for a fact the Minister [Ryan Pinder, minister of financial services] is looking at it, and trying to determine what route to take.”

She added that the final FATCA regulations were set to be released by the IRS “some time” in September 2012, and there was no indication of any more delays.

“The Bahamas has to make a decision as soon as possible whether to take the individual route or comply on a collective basis,” Ms Chinafat said.

Rival international financial centres, such as the Cayman Islands, are grappling with the same policy decision, she added, suggesting that the IGA would  “probably be the best route to take for the Bahamas” because it simplified the process.

Rather than individual financial services providers entering into foreign financial institution (FFI) agreements to pass information on US taxpayer clients to the IRS themselves, the IGA offers an alternative where these details are passed to a ‘home country’ tax authority - which then exchanges the information with Washington under an existing Tax Information Exchange Agreement (TIEA).

The IGA route has been promoted as simplifying the process, reducing the time and expense individual financial services providers would incur in complying with FATCA, and eliminating any conflict this might cause institutions with domestic confidentiality laws.

The information sought by the IRS, though, has to be exchanged automatically - and that is where Mr Delaney and his fellow QC, Brian Moree, as stated in an interview with Tribune Business yesterday, believe the IGA process creates problems for the Bahamas.

Speaking of the IGA process, Mr Delaney told Tribune Business: “It would likely call for infrastructure that doesn’t presently exist in the Bahamas, and it would have to be established for that purpose.

“That is to say, if there were a policy decision by the Bahamas government to facilitate an exchange on that basis, in my estimation it would be something the Government should only look into if the industry felt it would facilitate compliance with FATCA.”

Given that creating the IGA FATCA compliance infrastructure would potentially further cost the Bahamian taxpayer, the likelihood is that the financial services industry would be called upon to at least partly finance it should the Government go this route.

“We don’t have such infrastructure systems in place as a result of not having an income tax, or tax on interest regime,” Mr Delaney said. “It would give rise to infrastructure investment that I would have thought the Bahamas would not readily move towards making.”

The former Attorney General added that the Bahamas’ international banks and trust companies were already used to information sharing with the IRS via its Qualified Intermediary (QI) regime, and therefore an IGA would not reduce compliance costs in any event.

“The Bahamas is not accustomed to responding on an automatic basis,” he told Tribune Business. “Under the existing TIEA system, it’s responding to information exchange upon request. We don’t have the existing infrastructure in the Ministry of Finance to accommodate this. We have no need for it.

“I would think the case would really have to be made for the Ministry of Finance to step into this exercise in the way being suggested by FATCA.

“From all that I can see, I don’t see that being the solution the Bahamas would find to be appropriate.”

Interesting observations from both Messrs Moree and Delaney on the implementation of FATCA in The Bahamas.

In the interest of clarity and completeness it is worth mentioning that a number of UK overseas territories have been engaged in exchanging tax information automatically with EU tax authorities as part of their EU Savings directive obligations for a number of years. One such jurisdiction utilising a government agency as the relevant conduit for such automatic exchange of tax information are the Cayman Islands which, like The Bahamas, does not have an income tax regime.

The Cayman Islands Tax Authority acts as the governmental conduit for automatic exchange of tax information pursuant to that jurisdiction's obligations relative to the EU Savings Directive. It also acts as the competent authority for exchange of tax information upon request, under its other various obligations and commitments to international tax cooperation.

are u the R Bethel on the shake down team of CWC ,your reply is interesting but your credibility is lacking ..a deal is a deal especially with a foriegn invester ..HAI stoped cancelled and reviewed local contracts not foriegn investment .IF you are the same R Bethel please explain the rational ,in two protest rallies there weren,t more than 1000 to 2000 people .what are you going to offer cwc as a minority partner a longer monopoly ,we need compition ,it will lower rates and provide jobs ,the people are tired of higher and higher taxes so the goverment can continue to higher underachievers becuase our birth rate is outpacing our gdp ...

They have to come up with a financial plan that would suit the financial interest of the nation. Without planning no financial goal could ever be achieved, so before taking any action one should consider hiring the best finance experts. For your personal financial issues too you should follow this rule, if you want to make any investment then you should hire http://www.finplng.com/">wealth managers in Midlothian, TX.

The government has to come up with financial policies that would be beneficial for the people. Now the financial situation is gradually improving and so now the entrepreneurs have to take steps to ensure that their business is moving ahead, for sorting out financial issues they should approach service providers like http://swizznet.com">http://swizznet.com.

If this tax information exchange program would cost them a lot of money then it would certainly be better to postpone it now. However, accessing financial services has become a lot more simpler online. For instance, if you need http://cashoutyourtimeshare.com">timeshare professionals in Canada you can find them online.

The government should always come up with financial policies that would benefit the nation in the long run. However, these days accessing a financial service provider has become so simpler online, in fact if you need to find a reliable place to http://hnex.com/">sell gold in Houston TX then you can locate it online too.

Before taking any final decision on this they have to think properly about the impact it is going to make. However, it is always better to manage your personal finances efficiently to avoid any kind of problem, but if you need to take out a loan fast then you could do that online from places like https://www.mramazingloans.com/about-...">https://www.mramazingloans.com/about-....