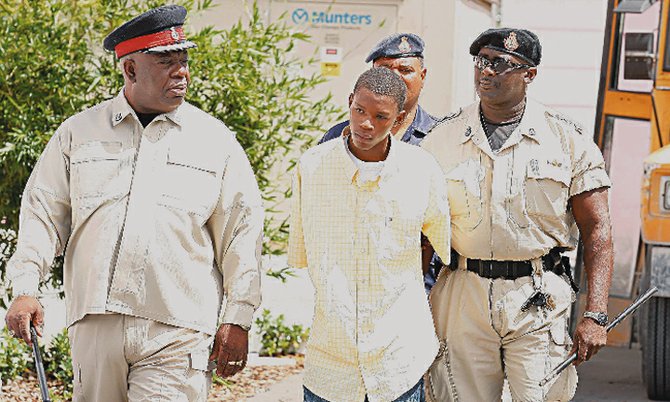 A TEENAGER has been charged with the country’s latest murder – 29-year-old Raymond Thompson who was gunned down on Wednesday, August 8.

Alexander Pierre, 18, of Carmichael Road, was handcuffed, shackled and flanked by policemen as he was brought before Chief Magistrate Roger Gomez yesterday to hear the charges read against him.

It is claimed that shortly before 8pm on August 8, Thompson, of Market Street, was gunned down following an argument with a man in the area of East Street and Coconut Grove Avenue. He died of his injuries at the scene.

Pierre was not required to enter a plea to the murder charge. He was remanded to prison until completion of his trial. He will return to court on December 4.

When escorted outside to be taken to the cell-holding area, his family told him to “stay strong” and that it would “soon be over.”

Two of his female relatives were moved to tears as the teenager was escorted by police.