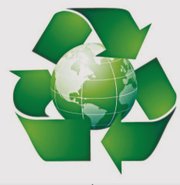 “The only way we can get there is if we have a change in policy. The government has initiated the right policies to allow for concessions for renewable energy. I think that to- date in its current form we don’t have all of its necessary policies in place and the government should focus on the policies first in terms of reverse metering to allow people to use small turbines and solar panels and have the excess power sold back to BEC. You have to make it conducive to the investor. Apart from the policy we have to educate the community on the importance of renewable and sustainable energy. Once we do that I think that there will be a major paradigm shift in our community,” said McDonald.

Mr Mcdonald added: “A lot of people are afraid to think this can surpass BEC. I don’t think you can ever get away from conventional forms of electricity. Wind is never constant nor is sun, however, I believe if we can suffice peak periods of BEC, which is about 30 per cent, if we can a manage that, it will bring a tremendous equilibrium and cost down for the end user. I think the peak period is where we have the major challenge. The challenge in renewable energy has always been the storage capacity and that is being worked every day by the manufacturers. Currently the excess energy is being stored in batteries.”

Mr Mcdonald’s Winso company together with renewable energy company Schneider Power, have formed Eleuthera Wind Power to supply renewable energy to the Tarpum Bay reverse osmosis plant. Mr McDonald told Tribune Business that around $300,000 had been invested to date to facilitate the company’s feasibility study which was roughly four and a half months from completion.

“We have a Met tower up there now. We are doing a study. All of our investors required our independent study so we are about right around seven months into our wind study so was have another five months to go before we complete the study before we can make an analysis as to return on investment. When the study is completed we will do a final assessment of it then move forward into the engineering aspect and incorporating renewable energy into the plant in Eleuthera,” said Mcdonald.