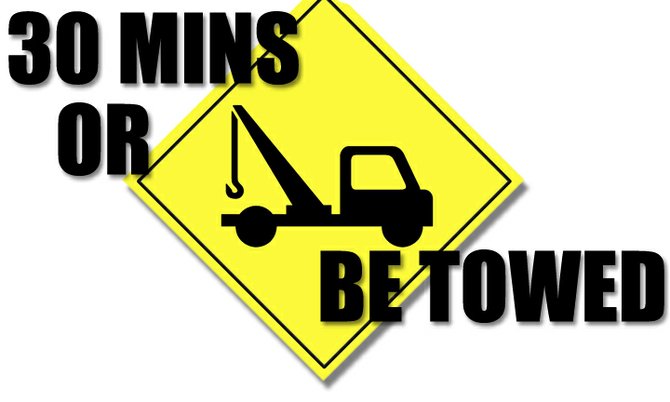 THE Bahamas Taxi Cab Union is backing the reintroduction of a towing system to downtown Nassau, according to its President Leon Griffin. 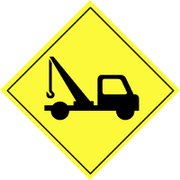 That system, he said, would be complemented by the debut of parking meters which would set a 30 minute maximum for motorists.

“Parking meters to that area is an excellent avenue for the government to take,” Mr Griffin said. “Under the licensing act, parking on Bay should only be allowed for 30 minutes, but the police have not been enforcing that law and people have been taking advantage of that.

“Parking meters on Bay Street would force the downtown business owners to find places for their employees to park their cars, creating spots for locals,” he said.

He added that the union is elated that the government is moving forward with efforts to enforce designated parking for taxi cab drivers who have for several years been hassled by police officers for menial reasons.

“Ever since the former government ordered us to leave Bay Street, I have gotten complaints from other drivers who have said the police ticket them for simply dropping tourists off, or they are ticketed for other foolish reasons. Parking for us will alleviate those instances,” Mr Griffin said.

The issue of parking downtown has sparked much discussion since Minister of Transport and Aviation Glenys Hanna-Martin, almost two weeks ago, announced in the House of Assembly that designated parking would soon be reintroduced to Bay Street. Mr Griffin said 32 spaces would belong to the drivers.

However, not everyone agrees that towing or parking meters are a good approach for the downtown market.

“I agree,” he said, “that there should be some spaces for taxis downtown, but I am not sure that Bahamians are ready for a culture that demands us to only park for a certain time and one that places limits on how long we are allowed to shop and visit places at a price.”

Several Readers of The Tribune’s website, tribune242.com also agreed that parking on Bay Street for taxis would not enhance the attractiveness of the area for locals. They were responding to Mrs Hanna-Martin’s first public announcement of her Ministry’s plans for downtown taxi parking.

One commentator said: “It is amazing. I go to New York City and there is not one taxi stand that I see across the place. You need a taxi you wave, flag one down, and this is one of the busiest cities in the world. Come to the Bahamas, and we want to reserve space on a major downtown thoroughfare not for paying customers, but for people who believe they are entitled to something for nothing. How do those spaces contribute to the economy of Bay Street?”

Another reader, said: “Ridiculous. Any of these MPs been downtown trying to find a parking spot lately? Ain’t none to find! Twice I wanted to go on Bay Street looking for an item but gave up after driving round and round. If I, as a customer can’t find a parking space, me and my $$ will go elsewhere.

“Taxis need a call up system. Create an area near the ol’ City Market/St. Agnes’ maybe and have a few booths on Bay Street with one or two persons who can call the taxi for the client. Phone-helper has a job, taxi driver has a job, client has a cab and people who want to park on Bay Street can do so because waiting taxis aren’t taking up valuable parking space.”

These taxi drivers have gone off the deep end. what we need are those taxi call boxes, you have all taxis stationed at one location downtown and have them sign in when they arrive, when someone uses the call box (which works much like a radio or intercom would) a taxi is sent on a first come first serve basis. if you would like to drive around and pick up customers like they do in new york then you are more than welcome to. i just think it is ridiculous to have a 30-min limit. if i were to park on east street and want to go to john bull it would take me 10 mins to walk there and back giving me only 10 mins to shop! and what about restaurants?? what happens when a local Bahamian wants to go and get lunch downtown?? that most certainly takes more than half an hr. I have not been shopping downtown in years for this exact reason, it is unfair to the business and locals who would like to support them. something like this could quite possibly kill all local business downtown, but taxi drivers don't care about that i guess because locals don't use taxis. they are being incredibly selfish and lazy to be honest, we all need to work together to support our own people and something like this is just punishing locals for wanting to do that.

A parking garage is needed downtown. One that's a few stories high. The government can charge something outrageous like $10 per hour along with charging for monthly, quarterly and annual parking passes for employers and employees who work in the downtown area.

That will eliminate parking on Bay completely because the traffic and the congestion is RIDICULOUS!!!

Why Hannis don't make these cabs uyse their air conditioning? Or make em change their cars every 4 years or so? Most of Nassau's cabs are junkers, none, not one uses it's air conditioning. She also needs to make it illegal for cab drivers tio make tourists wait in their hot cabs with no a/c while the cab driver tries to get more folks to put in the car! When you get a passenger you leave for your destination, you do not make them sit in your hot box until you find more customers!!

Well the cab I rode in a while back used its air condition. However I used a cab from the line stationed at the internation section of the airport which was not equipt with a meter. I had only notice this when I reached my porch in Coral Harbour and looked at the dash board to see my bill, a seven minute drive which cost me $30. I might as well had left my car in the parking lot.