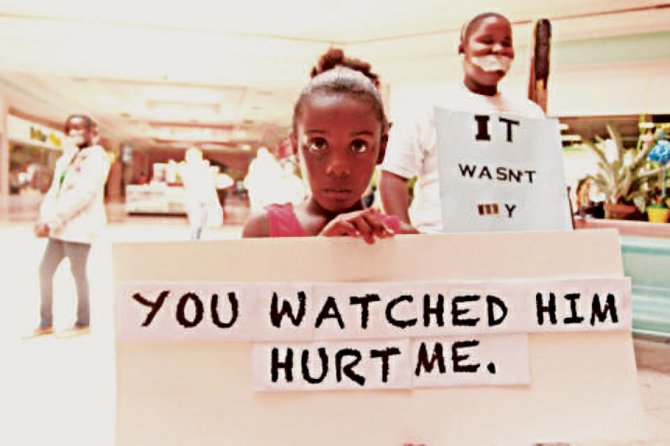 Celebrating 30 years of advocacy and providing support for survivors of physical, sexual and emotional abuse, the Bahamas Crisis Centre is gearing up for a regional peace conference next month.

The conference represents one of the many activities that volunteers of the non-profit organisation have engaged in over the years, to become the “most prominent and single voice that speaks about the cries facing women and victims of violence in the Bahamas”.

For the past 30 years, the centre has operated a free, walk-in service for crisis counselling, which is administered by a volunteer core of psychologists, psychiatrists, social workers, attorneys, and trained counsellors. Individuals, groups, children, families, and married couples access free counselling at the daily clinics, and benefit from legal counselling, and victim advocacy.

The original group of women, including founder Dr Sandra Dean-Patterson, all worked as therapists at the Sandilands Rehabilitation Centre in the early 80s. They became concerned about the number of women being admitted to hospital with psychiatric illnesses and substance abuse.

“When we went into their background, they had childhood histories of incest, child abuse and domestic violence issues. So we decided to open up a centre where you could access persons at the time of their violation or molestation, and not wait until they had started to decompensate into illness,” said Dr Dean-Patterson.

“For the first 10 years, we did things like fund raising activities, petitions, marches, rallies and candlelight vigils. We did all those things to try and raise the awareness to the issues,” said Dr Dean-Patterson.

Since the launch of the centre, many milestones have been achieved, said Donna Nicolls, activist and volunteer counsellor, who has been active with the organisation for 25 years.

The Crisis Centre recently hosted two silent witness exhibitions, sensitisation and training workshops in collaboration with the Ministry of Social Services during Child Protection Month in April, and an extensive healthy relationship campaign in the high schools. Ms Nicolls said these events highlight what the centre’s advocacy is all about.

“Silence is a tool that perpetrators use because they know that victims do not speak up because they are fearful, and the community is silenced because of it apathy. What we do is break the silence and become the voice for those who have been silenced,” said Ms Nicolls. “When we sensitise the public we are making them aware about what happens.”

Another highlight that stands out to Dr Dean-Patterson is the establishment of the Agape Room in the emergency room at the Princess Margaret Hospital. This is a private space dedicated for rape victims.

As a result of its community forums, marches, petitions and other advocacy, the Crisis Centre has been instrumental in the passage of three key pieces of legislation, said Sandra Neville, past deputy director and long-standing volunteer, referring to the Domestic Violence and Sexual Offenses Act of 1991, the Child Protection Act of 2007 and the Domestic Violence Protection Orders Act of 2007.

The 1991 act was instrumental for it broadened the definition of rape by not limiting rape to vaginal penetration by a penis, and it addressed issues to do with pornography and other forms of touching.

In 1995, the Crisis Centre changed its name to recognise the impact that violence had on families, and not just women.

“The name was changed from the Women’s Crisis Centre to encompass the whole family. It was felt you could not really deal with a family member in isolation with the others, so it had to become inclusive,” said Mrs Neville.

In 1997, the Crisis Centre received the Commonwealth Award for Excellence and Women’s Health, being recognised as a “model of excellence in women’s health care” by the Commonwealth Health Secretariat. In 1998, it was one of the first Bahamian non-profits to be granted consultative status at the United Nations.

Due to their start at the Community Mental Health Centre on the grounds of PMH, Dr Dean-Patterson said the Crisis Centre will always be grateful to the Ministry of Health for giving them a space and enabling them to remain in the hospital all these 30 years. However, she said a main thrust for the foreseeable future will be to secure a permanent home.

While the Centre is very grateful to the hospital for providing them with space, Ms Dean-Patterson said the current space is not adequate for the centre’s needs.

“We also hope to continue our work, so that it is not just seen as women’s work, but we can work in partnership with men. I think we have come a very long way over these 30 years, but I know there is a lot of more fruit in the vineyard to be picked,” said Dr Dean-Patterson.

The peace conference from September 19 to 21 is a precursor to Crisis Centre Month, which is slated for November.