A History Of The Bahamian Dollar

Are you aware of the history of the currency used in the Bahamas?

We may see and touch our national currency on a daily basis, but are you aware of what goes on behind the scenes to create and manage the flow of the banknotes and coins that we call our own? Generally speaking, the Central Bank fulfills the role of directing domestic monetary policy for the islands. Its activities are multifaceted, dealing with everything from money and credit controls to setting interest rates, and printing and distributing Bahamian Dollars for our direct use. 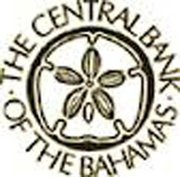 It may come as a surprise to you that none of the production of our coins and banknotes takes place in the Bahamas. Our coins are actually minted in Ottawa, Ontario, Canada by the Royal Canadian Mint. You must then cross the Atlantic to locate where are banknotes are produced. The De la Rue corporation fulfills this task in Basingstoke, Hampshire, England. We may have severed our British ties with the Pound many years ago, but minting operations still depend on other English Commonwealth entities.

A brief history of the Bahamian Dollar

The history of currency on the Islands of the Bahamas is similar to some but quite different other currency regimes on many of its Caribbean “cousins”. The general history of this region is entwined with the age of exploration, pirate tales, and empire building. The Bahamas has opted for its own currency, while some member states in the region have elected to go with a combined approach, much in the same vein as the Euro arrangement in Europe.

Spanish “Pieces of Eight”, named after the coin’s easy physical division into eight pieces of silver, dominated in olden days as the legal tender for global commerce. The coins were minted in the New World, but, in 1825, the British government exerted its global influence and decreed that British coinage would be introduced in all of its colonies. The Bahamian Pound, or Pound Sterling, came into being and lasted until 1966, when the Bahamian Dollar replaced it.

Over that long time period, the British Crown experimented with many different currency conventions, most designed to replace existing dollar accounts that persisted for trade reasons. The Pound unit of account, however, did prevail in the Bahamas, Bermuda, and Jamaica. There continued to be mixed usage of sterling and dollar accounts in the British West Indies, but as tourism and a dependence on imports emanating from Miami grew, nations and territories alike opted out of the Pound for the Dollar. The rise in the financial services industry sealed the deal for converting all accounts to Dollars, and the Bahamas was no exception to this general regional rule.

From a local perspective, the Bahamian Dollar is officially “pegged” to the U.S. Dollar on a one-to-one basis. Both appear in circulation together on the islands and are traded at par. Its value does not fluctuate daily in the global foreign exchange market, although, if you want to learn more about forex trading, there are ample websites on the Internet devoted to it. The Central Bank has also established exchange controls to preserve this “pegged” value, since import trade relations depend on having adequate U.S. Dollar reserves in the treasury to support various credit arrangements with other countries. Tourism and financial services deliver these reserves.

A stable and strong currency typically signifies a strong economy, and in that respect, the Bahamas is one of the richest countries in the Americas with GDP per capita behind only the United States and Canada.

How come some Bahamian ten cent pieces can be picked up with a magnet?