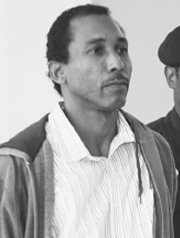 FORMER teacher Andre Birbal’s 2011 Supreme Court conviction of having unnatural sex with two juvenile boys was quashed yesterday and remitted to the court in Nassau for retrial.

Court of Appeal judges ruled that the jury in Birbal’s case had not been properly directed by the judge on the possibility of corroboration and collusion between the two complainants in the case.

Justices Stanley John, Christopher Blackman and President Anita Allen also noted that the jury was not fully directed on the issue of Birbal’s credibility and having no previous arrests or convictions in his 23 years as a teacher, 18 of them in Grand Bahama.

Justice John, who delivered the court’s ruling on the appeal, noted that these were the two pressing concerns for the court and the primary reasons among others that it concluded that the verdict handed down to Birbal was unsafe.

“These matters notwithstanding in light of the particular circumstances in which these offences were committed, in our view, in the interest of justice, and bearing in mind the guidance given in the authorities, there should be a retrial,” the court’s 23-page ruling said.

“Accordingly,” the ruling concluded, “the order is that the appeal is allowed, the sentences and conviction squashed, but there is to be a retrial in Nassau at the earliest possible time.”

It was remitted to the Supreme Court in Nassau for retrial at the earliest convenience.

Birbal, who defended himself, is a former arts and computer design instructor was convicted in January 2011 of having sex with two of his male students in Eight Mile Rock.

He was sentenced to 35 years in prison by Justice Hartman Longley.

Since then, Birbal has appeared before the appellate court on more than five occasions.

On March 12 this year, during the start of his substantive appeal, Birbal fired court-appointed attorney Craig Butler because, he said, Mr Butler did not argue the case according to the points he was asked to.

At Birbal’s request, Mr Butler asked to be removed from the case.

When he was provided with Jiaram Mangra on May 21, Birbal expressed his dissatisfaction, asking for Wayne Munroe.

He nonetheless accepted Mr Mangra’s services and the case was adjourned to June 7.

However, Mr Mangra also withdrew because he too could not agree with his client on how to proceed.

The judges then told Birbal to be prepared to represent himself on July 26 as there would be no more delays.

Birbal did so on the day of his substantive hearing as he argued on his own behalf that the ruling should be overturned or his sentence lightened based on potential collusion and “innocent corruption of evidence.”

He claimed that his defence was not properly explained to the jury, and asked that they note the publicity that surrounded his trial.

He told the court that the two victims, both attending the same school in Eight Mile Rock, potentially had the opportunity to talk to each other prior to testifying in court. He also said that Justice Hartman Longley, who presided over the trial, did not adequately explain that to the jury.

“There’s also evidence they attended the same classes,” Birbal told the court, explaining that this “risk of collaboration” ought to have been explained in court prior to the jury’s deliberations.

He claimed the victims even spoke to a third party who could have potentially exchanged information relating to the case.

Birbal said he would ask instead for his sentence to be reduced to something that’s “appropriate for similar offences.”

Justice Allen asked what is appropriate and Birbal said anywhere between six to 10 years. He then questioned why his sentences did not run concurrently rather than him having to serve 15 years and then another 20 years.

The Justices took note of the latter point and Justice Allen also questioned the difference between the sentences.

Speaking on behalf of the Crown, Director of Public Prosecutions Vinette Graham-Allen conceded that Justice Longley should have adequately explained the risk of collaboration to the jury, but maintained the judge adequately put Birbal’s defence to the jury, She maintained that the conviction and sentences should stand.

The court, having heard the arguments of both sides, deferred its decision to a later date.

In yesterday’s proceedings, the much-awaited ruling was handed down and Birbal’s convictions and sentences squashed with a retrial being ordered.

At the end of the court’s 23-page ruling, the judges noted a serious concern with respect to the case.

“A matter of serious concern to us in this case is the length of time that has now elapsed since these offences were allegedly committed. If this matter is to be retried, it will hardly come on again until sometime in the year 2013,” the document read.

“Indubitably, we must recognize the passage of time as a crucial factor in our determination. However, there is also no doubt that these offences with which the applicant has been charged are of a very serious nature, especially as the appellant was placed in a position of trust and authority.”

“We recognize too, that there may be a level of unwillingness on the part of the victims to come forward again and regurgitate this type of evidence. On the other hand, we take cognizance of the fact that a retrial will pose an ordeal to the appellant having to undergo another trial through no fault of his own.”