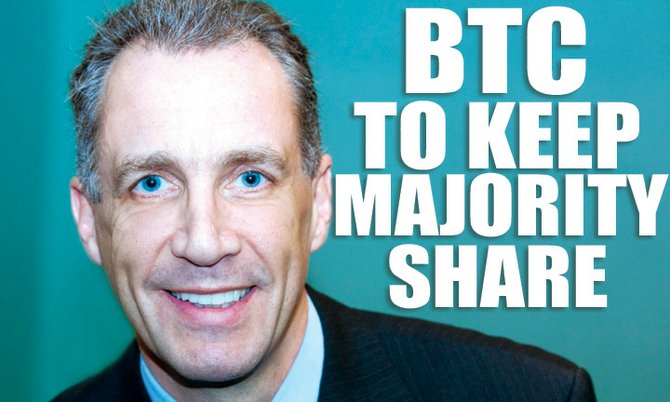 DESPITE the government’s unwavering pledge to recapture a majority stake in BTC, Prime Minister Perry Christie yesterday confirmed that executives have no intention to let go of the lion’s share in the company. 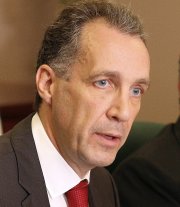 A successful turnover of BTC’s shares was a major promise of the PLP in the lead up to the 2012 general election. They remained fixed on the initiative despite growing criticism that the move would not bode well for the country’s fiscal situation or reputation among foreign investors.

He said the discussions with government appointed representatives and the company had up to this point failed to reach a definite conclusion.

“Cable and Wireless,” he said “has given us the complete assurance that they have no intentions on selling and I could understand why they wouldn’t sell it because it’s a profit setter for them.

“The only concern I would evidence at this stage is that we have to reach a conclusion on our talks sooner than later. Whatever that conclusion is we have to know so that the government of the Bahamas can in fact review whatever options are available.”

Mr Christie said his administration was optimistic regarding the liberalisation of service in 2014. He reiterated his sentiments of BTC service that has struggled to be consistent.

“(The year) 2013 should be a big year in the sense that 2013 leads into 2014 when we are going to liberalise the service. I am still suffering today as a subscriber to BTC when I am driving my car and all of a sudden in the middle of a conversation I am talking to myself.

“I presume that they are going to justify their having 51 per cent by fixing that problem because it is a vexing problem and Bahamians have to be justifiably angry about it and it is something that we expect our telephone operators to in fact be able to fix.”

Digicel is the largest mobile telecommunications operator in the Caribbean.

Mr Christie at the time told reporters that the Utilities, Regulation, and Competition Authority (URCA) approved Digicel to provide broadband services in July. The company he said were only awaiting approval from the Foreign Investment Board.

It is said that Digicel could employ around 60 Bahamians once it begins operations.

Come on.....we all knew that Cable and Wireless would not release their majority share in BTC. The PLP's campaign promise was only fluff for the mindless sheep that voted them in on that promise. Now the PLP must pay those who acted as negotiators during the talks between the PM and the executives of Cable and Wireless. These negotiators went into the talks knowing full well that the deal would not be worked out so now they will be even richer than before. It was a fruitless effort and a mere ploy to pacify the Bahamian public. The PM makes it appear as if the executives were the bad guys during the entire negotiation but from the jump it was clear of their position......I can only shake my head at this.

Ditto on legalmind...the was zero chance of anything coming of it except to employ some so called negotiators...yet the general public bought into the idea and voted these clowns back into power. The downside is, the whole publicity side of it makes the Bahamas look TERRIBLE in the eyes of future investors in the country, I'd love to say it's good fun watching the PLP implode and sink themselves...but we still have another 4 years of this to put up with...which is terrifying.

I agree with the above comments. I am personally happy that it was not turned back to government's control. The Bahamian government is making more money with 49% of shares than it ever did as 100% control. It's high time we pay people to do what their skills are in as opposed to giving someone a job who knows nothing about what is required of them.

Now if only this could happen with NIB....

HOOKWINKED....SMT PAPA TOLD Y'ALL SO!

Still can't believe anyone actually bought into this dumb idea. Why would a corporation give up control in a profitable and potetnially humungous company? This was never going to happen and PGC knew and Frankyln knew, this was nothing but a PLP scam. How many more of these scams til the PLP supporters figure out their party is full of it?

It was a way for the PLP negotiators to rob the treasury again. They were all paid handsomely for consulting services.

LOL!!! How you concluded that they are to keep the majority? The PM says they have not come to any conclusion. That sounds like they are going to kick them ou of the country like **Belize and Panama if you ask me. CWC has challenged the sovereignty of The Bahamas I believe and now the PM simply has to decide whether he will defend that sovereignty or resign.

LMAO at Clarken...Christie is not going to do diddly!! BTC will remain a majority owned private enterprise. If you think the government is going to kick them out of the country you are delusional. The concept it ludicrous...number 1...and number 2...if we did do that, all foreign investment into this country would come to a grinding halt as all your investors will avoid us like the plague. All this talk during teh election was just that...TALK...to get the voters all riled up and buy into the lie...and as others in this thread have already said...the so called 'negotiators' got paid VERY dearly...to arrive at a dead end. Get your head out of the sand and see the bigger picture.

They could have paid me just a quarter of what they paid the negotiators. We all know after taking the money, we just had to stay home, then after a week report back and say, "Boy these boys playing hard ball and aint budging but cut me another cheque next month and I'll pressure them again until they break. lol"

I thought you supported the "recapturing" of BTC

I knew that re-negotiating this deal with the devil would lead nowhere. As I stated in 2007 do-boy Hubert Ingraham ONLY was brought back to office by the foreign investors and ruling merchant class to ensure that those of us of African descent would never gain real control of the economic engine of this Bahamas land that was created to serve their interest from day one.

I fully support privatization and thought that the winning entity should have had some local participation in their equity structure with international expertise and knowledge helping to guide the re-development of BTC. So now what’s left for us?

The only logical next step is to allow Digicel partnered with a local business entity or entities into the market (they are the only regional competitor who will be interested), because a wholly local owned start-up would have to raise $100M+ just to build out a network to even begin to compete with a BTC monopoly. Please don't give me Cable Bahamas (although they will probably get a license too) as a Bahamian option; for those who understand corporate ownership structures know that is another bamboozle of my people and is a Canadian owned and controlled company at the Preferred Stock level where it counts.

Welcome to the New Plantation brothers and sisters.

I was shocked when the PM said he was going to engaged in talks with BTC to reclaimed majority shares. Well the simplest among us knew he must have lost his right mind! I was even more shocked and appalled of members of the team. What in the heck did any of knew about renegotiating with a view to obtain majority share of a national asset or for that matter any expertise in the telecom business? It was stupidity meeting intelligence, what the heck were they going to talk about.....the weather? If the PM was serious to any degree he whould have gone out and brought experienced negotiators who were professionals do such a thing for a living. The Bluewater deal was a potential disaster and the cancellation thereof saved Mr. Chrisite's political career. Nevertheless, there is much to be said as to how C&W came to the gnegotiating table. I believe the jury is still out on this.