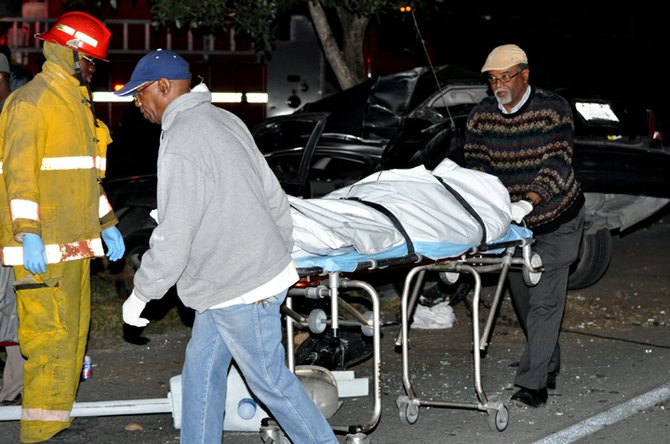 FREEPORT - Grand Bahama recorded its first traffic death for the year when a 39-year-old businessman was killed in an accident on East Sunrise Highway late Monday evening.

Alexander Dean, the owner of a water depot and car rental business, was thrown from the rental car he was driving when it hit a utility pole. He died at the scene.

According to police reports, the accident occurred shortly before 11pm, just east of Kennedy Circle.

Mr Dean was driving a gray 2002 Ford Taurus when it crashed into a concrete utility pole in the median.

When traffic police arrived at the scene, they found Mr Dean lying on the road with severe head injuries caused by the falling pole.

Family and close friends of the victim were devastated.

He owned the water depot in the Sunrise Shopping Centre, which is only about 150 meters from where the accident occurred.

Asst Supt Loretta Mackey said police are continuing their investigation into the accident.

She said no official identification has been released and police are awaiting the results of an autopsy which will be performed at Rand Memorial Hospital on Wednesday.

Ms Mackey said police are urging drivers to buckle up and refrain from using cell phones while driving.

Driving while under the influence of alcohol, when tired, or while on medication should also be avoided, she said.