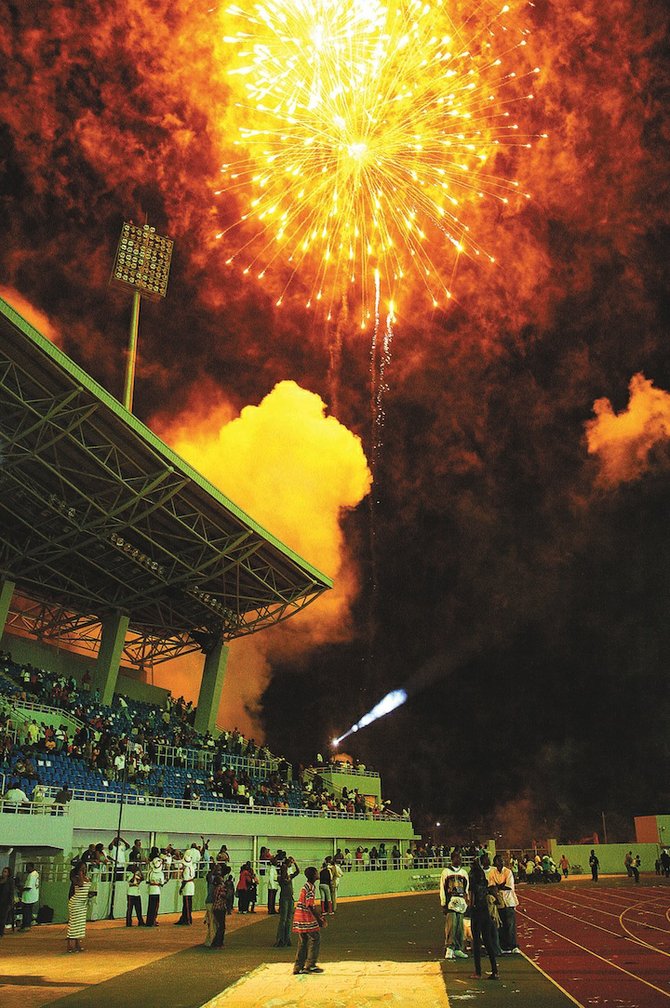 PLP OFFICIALS confirmed they boycotted the opening of the National Stadium on Saturday, claiming it was an "obscene ceremony geared toward getting votes for the FNM".

PLP spokesman on Foreign Affairs, Fred Mitchell, said the PLP did not want to be apart of the "political show" organised by the FNM but they also wanted to ensure they "respected the Chinese government" which funded the facility.

"The PLP was represented at the highest level by our leader and deputy leader. Mr Christie and Mr Davis went the opening out of principle. We wanted to make sure no insult was perceived by the Chinese.

"The rest of the party however wanted nothing to do with that political show. In a time like this when people are suffering, it is ridiculous to spend that money on a party," he said.

"When Mr Christie negotiated for the stadium, it was in his view that it would be a gift to the next generation of athletes. He wanted to enhance the talent and put the Bahamas on the world stage.

"The FNM took that idea and made it political. The whole thing was a show to get the Prime Minister re-elected."

PLP chairman Bradley Roberts said he hoped Bahamians enjoyed every minute of the stadium opening - pointing out it was their money that paid for it.

"Bahamians might not have chosen to spend hundreds of thousands of dollars on a party when so many of our people are in deep trouble and could use some help. But, as usual, the FNM didn't consult with the people."

Noting that the opening was timed to occur just prior to elections, Mr Roberts said he hopes Bahamians still remember the years of FNM "mismanagement".

Minister of Youth, Sports and Culture Charles Maynard said the PLP's boycotting of the event was a clear example of their "childish, immature ways".

During his remarks on Saturday, Prime Minister Ingraham recognised the PLP for helping to bring the stadium project to fruition.