FREEPORT - Just over 21,000 persons were registered on the new voter register as of Tuesday in Grand Bahama, where five voter's card distribution centres have been activated. 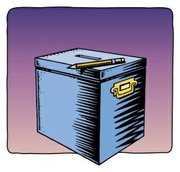 Assistant Parliamentary Commissioner Denise Pinder reported that there has been a "steady" distribution of voter's cards at all of the centres, particularly at their main office in the National Insurance Building in Freeport.

"All of the centers are distributing at a steady pace and we are also registering new persons," Mr Pinder told The Tribune.

In Freeport, persons may collect their voter's card at two locations, the Parliamentary Registration Department and the Post Office.

Other locations outside of Freeport are: The Administrator's Office in East Grand Bahama, the Local Government Office in Eight Mile Rock, and at the YMTA in the Hunters/Lewis Yard/Pinder's Point area.

The general elections must be called no later than May 2012.

Ms Pinder reported that there are just over 21,000 persons on the new register for the five constituencies.

She noted that while the distribution of voter's cards has been good, they are also getting a number of persons coming in to register. "This morning we had quite a bit of persons register...and in some instances persons who have moved since they last registered are coming to have the information changed on their cards," she said.

The voter's cards can be collected at Parliamentary Department on Tuesdays and Thursdays. "We have two sites at NIB, the old office site and our main office.

Ms Pinder said the Eight Mile Rock centre is opened every day from 10am to 3pm, and from 5pm to 8pm on Monday, Wednesday and Friday.