FNM Chairman Charles Maynard said yesterday the party is “saddened” but the depths the PLP has sunk in an effort to “denigrate” former Prime Minister Hubert Ingraham. 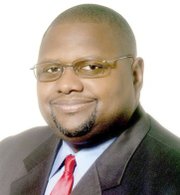 Mr Maynard was responding to claims made by Mr Ingraham that he was denied the opportunity to address the House of Assembly as a resigning member, an agreement he claimed to have made with the Speaker.

Mr Ingraham walked out of the House, Wednesday, without delivering his address after he was told by House Speaker Dr Kendall Major that he would not be speaking at the top of the agenda. Dr Major instead told Mr Ingraham he would be given an opportunity to speak during Item J - which specifically deals with the resignation of seats.

In a statement, Mr Maynard said the Speaker made a serious mistake that will haunt him forever.

“The decision of the Speaker of the House of Assembly yesterday, to deny the former Prime Minister, the senior Member of that Honourable body, a last opportunity to deliver a farewell address from the floor of the House of Assembly was unconscionable.  It reflected a shocking lack of appreciation or understanding of our democratic tradition and ignorance of the rich parliamentary practices which make us a country of laws and not of men,” he said.

“The Speaker has made a serious blunder; one that ought not to have been possible in a county with a parliamentary tradition dating back 283 years. Regrettably, it is a mistake that cannot be made right and one which will blight the Speaker’s record forever.”

Mr Maynard also criticised Prime Minister Perry Christie for comments he made to the press regarding Mr Ingrahams departure from Parliament.

“Mr Christie would do well to remember that it was his failure to control the actions of his Cabinet and of his backbench which contributed to and facilitated the scandals which marred his last administration and which brought much embarrassment and shame to our country.

“The Prime Minister should be aware that his  support and his tolerance for unparliamentary actions by his members and his Government’s continued victimisation of Bahamian citizens who are not  supporters of his Party and Government, bodes ill for the future of our democracy and hence for the future stability and economic development of our country.”

Describing Mr Ingraham as a Bahamian national hero and a Nation builder, Mr Maynard said former Prime Minister Ingraham’s commitment to transparency and accountability in government won the respect of Bahamians and of the international community.

He said the FNM is honoured to have benefited from the sage advice and leadership of Hubert Alexander Ingraham for some 19 years.

It was a piece of cake for the fisherman/lawyer from Cooper's Town to have been flying high in he Colonial robes of arrogance, but now finding himself without all the trappings of high power. as he bully stick over those so blind-sided to hold onto they own lil piece power, them was too weak-kneed to dare cross Hubert.

Now, the red shirts Comrade Chairman "Five Piece Chicken" Charlie done grab the "Original" Hubert A, bully stick and he done hanging it over the "not so job secure" red shirts leader, the "New" Hubert A.

Hubert's resignation, which it is obvious he now regrets ever uttering the words; "I won't be back in the House" but then makes three House appearances, has all the hallmarks of an "Three-card Monte," with both requiring a slight-of-hand to conceal your real intentions.

Hubert always thought that he was "too damn big to fall" and just maybe when he buck heads with the Comrade Speaker, he was reminded that he can no longer threatened his own damn House MP's, that if they didn't support the sale f BTC, he would place their seats at risk by calling a snap General Election.

I say it's time for Comrade Arthur to exit and appoint Comrade "Take No Crap From Ingraham" Kendall as our next Governor-General.

do u ever comment on anything else but ,HAI .down dog he is gone now you can ouit spookin and get some rest ...

And lose his main reason for living

Please forgive me Comrades but as long as the fisherman/lawyer from Cooper's Town is unwilling to recognize that there is going be no healing for a man who seems incapable of getting it through his thick skull that the natives on Decision Day 2012 told him his services will never again be required in our Bahamaland.

Comrades how in the hell can one ignore this man who has decided to remain center stage over his red shirts?

You say to be quiet yet this man self orchestrated his own 'one man' nomination committee to hand pick the sacrificial lamb who is going to get the hell beat out of him by this man's former. trusted law partner.

Comrades it is he, not I, that has taken center stage of the red shirts that he all but destroyed.

truth be told ,i think it was mostly b/c of HAI that they got 65,000 votes ,,,between the recession and all the dead wood papa toted ,,,,funny PGC rambles on endlessly and no comment ,but HAI speaks once in three months and the plp and their supporters start foaming at the mouth ,,lmao

even they tired a hearin him run on....he misewell jus have his on news n the bahamas news seperate. what he doin is very similar to hitler propaganda tactics....hitler face n voice was omnipresent

Whilst Charles Maynard runs on, ever wonder to stop running that generator at The Corner Motel. I'm sure if other customers of BEC does it they would be in trouble knowing that BEC is not down at this time.