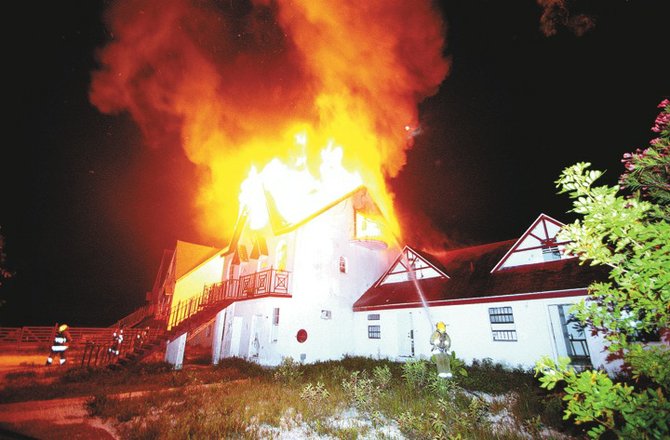 FIREFIGHTERS were busy last night extinguishing three significant fires, sparked in less than three hours of each other.

"We got a call that the top section of a two-story complex was engulfed in flames on Gladstone Road.

"While firefighters were still at that blaze, less than an hour later, they got another call that a four-plex in Stapeldon was on fire," he said.

"While there, they got yet another call that a tyre shop in the Fritz Lane area was on fire and a heap of tyres were burning.

"All the fires were extinguished and no one was hurt."

Thank goodness no life was lost. Buildings maybe expensive but at least they can be rebuild.

ohh WOW...three fires one after the other. Thank God no one was hurt!

sounds like arson.......or someone wanting to keep the fire department busy...