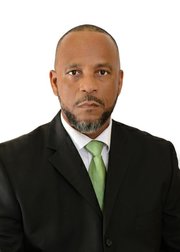 FORMER DNA candidate and social activist Rodney Moncur took to Twitter yesterday to warn women against the medical and spiritual dangers of contraceptives.

"Satan, your weapon against The Bahamas, them wicked birth control pills. Let man's sperm 'bust' through those pills and the woman take seed!" read one post, which was typed in all upper case.

Mr Moncur said he was moved to make the sporadic posts after he learned the female preacher at a church he was attending used birth control.

Although he had been invited to the service, the DNA candidate said he refused to listen to the woman's sermon.

One post read: "How can you expect the man of God to listen to you speak in the church when your body is consumed by the pills of destruction of life."

"We should rebuke sister woman and pray that she will see the wisdom in not using the pills of baby destruction," Mr Moncur posted.

While he admitted that his opinions can be "weird", Mr Moncur explained that the spate of posts reflected his hardline position against contraceptives. 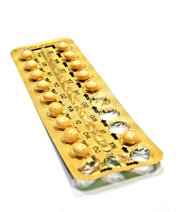 "One of the problems I'm faced with is I don't believe you're saved if you taking the pill. I don't think you should testify, or preach in church, if you are taking the pill," Mr Moncur told The Tribune yesterday.

"If a woman proclaims to be Christian, whether Anglican, Catholic, Adventist, Church of God of Prophecy, or Jehovah's Witness, I am of the view that if she is taking pills she is not saved."

Last night, Mr Moncur would not confirm whether or not he held the same views towards other forms of contraceptives such as condoms.

In one post, Mr Moncur said the pills were introduced to the country in 1966, and have since encouraged infidelity.

He posted: "If you say that you love the lord and your noble husband, then lovingly submit and throw away those unholy birth control pills. Baby tonight."

"Blesseth is the woman who walks away from the evil birth control pills. For she shall be called blesseth wife, the giver of baby's life," stated another post.

...and that right there is the problem with the country today...come on ladies...open up those legs and overpopulate the island and the world, do your duty and crank out those babies!! Those loving husbands and boyfriends will be right there by your side to support you, both emotionally and financially...and provide paternal nurturing for their offspring...YEAH RIGHT!!

Don't be too riled. (smile) People cannot deliver more than they possess. Don't you feel the need to be sympathetic? I blame the publishers of the article more than I blame the man. Do you believe that in some sick way they hoped to humour us? When since does FREEDOM OF SPEECH translate as the complete abandonment of Common Sense? If this article remotely signals the celebration of Democracy, we the readers and listeners of the comments of Mr Moncur are most certainly BOUND. May FREEDOM be a privilege ALL enjoy not just a few.

of all the nonsense I have seen this man write, this one takes the cake. When people go and have all these babies and can't afford to take care of them I hope he is there to help when they looking for support. Some people should stop showing everyone what big idiots they are.

Uh huh…I hope he knows that if he wears a condom he sitting in the same unsaved boat! SMT!

There are so many fallacies in your logic. AD HOMINEM, HASTY GENERALIZATION, and RED HERRING!! Your arguments are invalid.

A few other things. 1.) Get educated. Have you looked into the vast amount of research on actual risks and benefits of oral contraceptives? You might want to check out http://www.ncbi.nlm.nih.gov/pubmed/10...">http://www.ncbi.nlm.nih.gov/pubmed/10... or http://www.nejm.org/doi/full/10.1056/...">http://www.nejm.org/doi/full/10.1056/... for starters. Oral contraceptives are shown to have a significant effect on reducing the risk of ovarian cancer. It is also shown that "current or former oral-contraceptive use was not associated with a significantly increased risk of breast cancer." If you're going to make such claims, back it up with good research to support them.

2.) Furthermore, given the income and life style that most people make, the last thing you want to do is encourage more babies that can't be appropriately cared for and educated. Who is going to support these children when their parents can't or won't?

3.) Regardless of whether or not you believe in contraceptives, tell me that you are without sin. Only one person can determine if someone is saved and you're not Jesus. Don't try to do His job. Do not pass judgement or you too will be judged.

I concur! Its called evidence-based medicine Mr. Moncur I suggest you read up on the nonsense you are purporting. The last time I checked you were Mister NOT Dr. Moncur. Stop providing opinions on subjects you know nothing about!!

Please please lord!!! NO MORE DNA IN OUR COUNTRY!!!

The Lord did say be fruitful and multiply ...sex should be between husband and wife how much kids A MARRIED COUPLE have is their business and you know what birth control does encourage infidelity no baby = no evidence and no consequences... people i know who married and have many children together none of them never starve the Lord provides ..but when you go about it the wrong way...welll....some woman WISH they could have kids and barren!!! we gatta stop judging things based on OUR agenda and put right where right is!! whats supposed to be will be

Wow, what a moron!!! Why even give him space in the paper to voice his idiotic views. He is completely clueless and an embarrassment to the DNA!

kind of interesting that you say that. It appears the Tribune decided to pursue him as most of these comments were made on his Twitter page...

All I have to say is I hope the women of the Bahamas are paying attention to the rights of women supported by the DNA from Moncur to Bran I dunno man.

From Bran and his ideas on outlawing the right to declare that rape can happen in a marriage and Moncur with his ideas on "sperm busting through birth control" I think we should all cringe at the idea that 1950 is trying to make a come back in our present age.

The DNA clearly has no thoughts or respect to women's rights. I AM WOMAN HEAR ME ROAR!!!!!! lol

Anybody know how much female support the DNA got? I think I remember hearing the majority of the DNA votes came from female voters. Is this true?

I think you may be right. Don't know the exact stats, but most people I know that voted DNA were female. I hope this is a wake up call to them though. I mean the leader of the party and now a representative...not looking too good.

Come on over to the red team folks, we have an 'open tent' policy. :-)

That remind me of the playground game Red Rover just now lol! Now I feel like playin marbles

It wasn't a law in the first place to outlaw it, and see if it will become one. The only difference between Bran and the other two guys is they don't say where they stand on that issue of marital rape, the only two government that the Bahamas has had is the FNM and PLP so why isn't it a law yet?

Apalling! The twisted thing about this is that the DNA are running on a progressive change platform...so far almost everything I hear from them is backwards, ignorant and offensive. I further demand explanation from the journalist and the editor of the paper as to why the have printed this right wing religious propaganda, with no criticism or presentation of the other side of the issue. I thought the tribune was supposed to be an intelligent news paper. This is some of the most irresponsible journalism I've seen in my life. What is truly sick and twisted is this man having the NERVE to call himself a social activist. Deeply disturbing!

Is this not an excellent glimpse of the type of leadership, we can ILL AFFORD to represent us as a people? Can you Imagine this kind of sustained RATIONAL unleashed in national and international forums? It would have been CRIMINAL! Further, we would have had to ENDURE this crime for at least five years.
On another note, women you don't need to be offended. This 'vomiting' was intended to occur in the privacy of a religious counselor or a trained psychiatrist. It should never have reached us. HENCE, tell those publishing the newspaper that the capacity to be both critical and selective is an important skill to be had. If they don't possess it, they need to find another job. Finally, for those of you who are swift to dismiss...to scoff at individuals who wisely subscribe to the world view of the existence of a God, know this: God was not properly represented in Mr Moncur's 'spewings' today. In fact, the overcast skies, strongly suggest that his brows are knitted and His heart is filled with tears. If He(God ) was allowed one minute on this evening's news, his comment might be captured in this: MY PEOPLE PERISH BECAUSE THEY LACK KNOWLEDGE."

Why in the world would anyone entertain this idiot?