Don't mess with the press 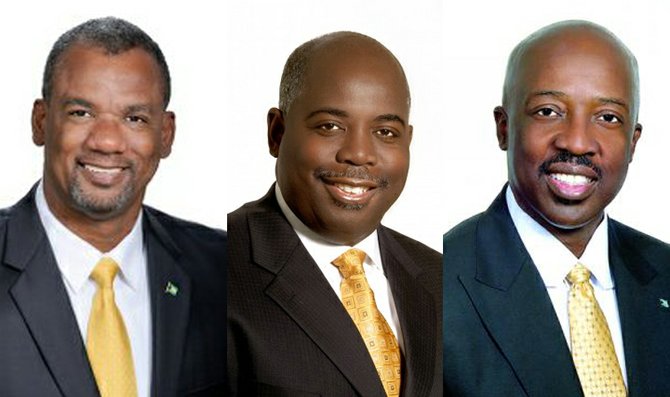 LITTLE more than a month has passed since the election, yet already the PLP can't help trying to fiddle with the media. Politicians always have a great deal to say; Insight considers whether they have a clue what they're talking about.

"There is but one way for a newspaperman to look at a politician, and that is down."

"The relationship of a journalist to a politician should be that of a dog to a lamp-post."

THE journalists quoted above believed adamantly in the moral superiority of their profession over that of the political class of the day.

Perhaps unsurprisingly, contemporary politicians tended to disagree, and both men were as distrusted and disliked in the halls of power as they were praised and supported in the public square.

Times do change it seems - at least in the Bahamas - and it is quickly becoming apparent that May 7 ushered into power our very own crop of modern-day Mencken-ists.

How else do we explain their fascination with all things journalistic, and conviction that it is us - and not they - who must fix the country?

No sooner had the votes been counted than politicians began to involve themselves in the business of the media - offering opinions and advice on how the job should be done, emphasising the importance of the press to progress, and trying to "right the wrongs" they believe the profession suffers from locally.

The new Minister of Education Jerome Fitzgerald was the first out the gate, announcing he plans to meet with media houses "to get them to focus more on the positive things that are happening with children in education."

Mr Fitzgerald said he will soon be calling journalists to explain "what we expect of the media."

He was soon followed by former Minister of Health Dr Marcus Bethel, who re-emerged from political obscurity to warn of the "urgent need" for a "strengthened and vibrant Fourth Estate in our Beloved Bahamaland."

He too would like us to focus on the positive and highlight, "on a continual basis, the outstanding and progressive community-building activities of the many unrecognised and unsung heroes including students, teachers, athletes, clergy, community activists, professionals, entrepreneurs, musicians, artists, artisans and civic organizations can inspire others to emulate and achieve."

Dr Bethel also calls for more thorough investigative journalism, and balanced coverage of the kind that will help build an educated and informed public.

According to the good doctor, "The Fourth Estate has a vital role to play in this nation building exercise."

In a private correspondence, another senior PLP claimed that without drastic changes to the press, the country will experience great difficulty moving forward.

The last time they were in power, PLPs displayed a similar enthusiasm for the inner workings of the media.

Shane Gibson did all he could to help former Tribune managing editor John Marquis into retirement, while Philip "Brave" Davis offered the useful suggestion that the media be punished for reporting in a manner the government regarded as biased.

Much as we in the profession appreciate the interest of these individuals, it must be noted that their political training has left them ill-equipped to comprehend the craft itself - which deals with a vastly different set of realities than those involved in vote-getting. This, in turn, has led to certain deficiencies in their advice.

As this is no fault of their own, I would here like offer them a few simple tips on the media by way of encouragement.

They, on the other hand, do work for the public and if they want to keep the job, they'd better listen to the opinions of their paymasters.

And, as public opinion is often expressed through the media, it turns out that while we don't have to listen to them, they would do well to pay careful attention to what we write.

As far as education is concerned, the PLP has been in charge of the public school system for all but 15 of the 40 years since independence, and thus bears considerable responsibility both for its current state, and the public it has helped produce.

And when it comes to investigative journalism, well, the FNM left a Freedom of Information Act on the books. The PLP need only enact it to unleash an outbreak of in-depth reporting such as has never been seen in Bahamian history.

Call it cynicism, but the desire for an explosion of feel-good coverage during the five years for which one's party is responsible, seems to us to smack of shameless self-service. Especially when one didn't spend the previous five years celebrating the "great things in our young people" Mr Fitzgerald alluded to, although these presumably existed well before May 7, 2012.

The country has real problems. Reduce crime, improve the administration of justice, lift the national grade average above a D-, cut down on waiting times at public hospitals, et cetera, and you will have all the good press you can handle.

In fact, far from requiring acceptance, approval or recognition from politicians, we feel it is they who must continually justify their existence to us and the rest of society.

This perspective, though it may seem harsh, was actually inspired by a famous politician, not a journalist.

That eminent person said: "Were it left to me to decide whether we should have a government without newspapers or newspapers without a government, I should not hesitate a moment to prefer the latter."

Email questions or comments to pnunez@tribunemedia.net or join the conversation on www.tribune242.com/insight. Should the government have a say in how the media approaches news? Vote now: http://www.tribune242.com/polls/2012/jun/new-minister-education-jerome-fitzgerald-said-he-w/

Thank you Mr Nunez. If the govenment wants to be seen in a positive manner in he press they better be making a positive impact to the future history of this Great Nation.

Tell the politician KILL THE TALK AND DO THE WALK...respect isnot GIVEN its EARNED........

Well said Mr. Nunez, many of us respect the Tribune for both their vigilant and valiant effort over the years to speak the truth no matter how loud the 'womans tongue' pods shake in the wind.

Perhaps the media should be more fair, balanced and no bull. I don't recall Mr. Nunez in one article being critical of the former government. Put up or shut up. I guarantee you that if I were to show 100 articles from certain media houses over a period to a person who knows nothing of Bahamian politics they would see that there is a bias in coverage of political parties and social events. Its ok to be bias, but at least be honest about it. We all know FOX, CNN, MSNBC, even the BBC with is so called independence has a certain social and political slant. Al-Jazeera tops them all as far as I'm concerned.

The problem with the Bahamian press is that it disguises itself in fairness and balance when it is truly everything but. Mr. Nunez has every right to respond to the ministers. But he also must agree that the press in this country leaves a lot to be desired.

If you are an impartial observer of the press coverage in the Bahamas you know they have their distinct biases. Some reoccurring themes are PLP incompetent and corrupt and the FNM competent and pristine. When we all know both of these parties are majorly flawed and have elements of both in their ranks. Another theme is black business person incompetent and corrupt and white and foreign business person astute and operating above board. I have repeatedly read articles on this site that give credence to the excuses for failures of white and foreign owned business or allow them to explain their position without challenging them with facts. While reiterating every outside opinion on why a local black owned enterprise is struggling or under performing. It is laughable sometimes to see them even choosing to ignore entirely cases of blatant corrupt behavior of white and foreign owned businesses. So yes the PLP has to be concerned about their public image, but they should concern themselves with governing effectively rather than correcting the historical biases many in the press have.