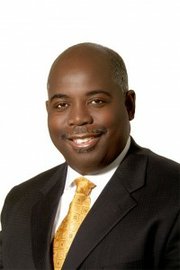 MEMBERS of the Coconut Grove Business League (CGBL) are aiming to meet with Minister of Works and Urban Development, Philip Davis, in a bid to reverse then one-way traffic system on Baillou Hill Road and Market Street, a spokesman estimating that businesses in those areas may have collectively lost $40 million.

Ethric Bowe, of the Coconut Grove Business League, told Tribune Business: "We are expecting to have a meeting with the Minister of Works this week. We are still looking to have the roads reversed because some businesses can still be saved. There's absolutely no need for those roads to be one-way."

Mr Bowe added: "We are looking forward to the meeting. We are hopeful. We have other things to do. We don't want to spend all of our time in court. We are hoping we can work with this government."

Back in early March, former Prime Minister Hubert Ingraham announced in the House of Assembly that the Government would initiate a door-to-door survey along the corridors of the New Providence Road Improvement Project (NPRIP) where work has been completed, with the aim of identifying those enterprises that had been meaningfully impacted.

Armed with the results of the survey, Mr Ingraham said the Government would be in a position to determine the major parameters of a financial assistance programme. The Ministry of Finance began conducting the door-to-door survey on March 21.

"I heard two people were paid, but we saw that for what it was, politics. A real business is virtually impossible for them to evaluate the way they were trying to do it," Mr Bowe said.

"You don't want to rob the taxpayers, and at the same time you don't want to be unfair to the businesses, so you have to get an independent party who knows what they are doing to evaluate and see what is a fair situation."

Mr Bowe estimated that 14-15 businesses were closed down due to the impact of the road reversal. "The big one really is Jiffy Cleaners," he added. "This issue stretches beyond the Grove area. We have been talking with a group from Prince Charles. They are significantly impacted by the roadworks. These islands they are putting in the road are so bad for business because in effect they are creating a one-way street."

Mr Bowe estimated that losses suffered by businesses on Baillou Hill Road and Market Street could be around $40 million. "Super Value alone I would say could be more than $3 million, and it's two stores, one at Robinson Road and East Street and Baillou Hill Road," he said.

The CGBL, a group of some 50 businesses took their fight to court, and last December secured a victory in the Supreme Court against the Government over the road changes, only to see that decision overturned by the Court of Appeal.

C'mon!! The works had to be done! Time for everyone to get real and bite the bullet. These works will in the end (if the PLP actually finish them) benefit everyone in Nassau including businesses. Time for our population to realize they are citizens and have a certain responsibility to our country. Let the works progress and stop asking to be paid! The works are needed and so is the scarifice of us all to allow progress to progress!!!

I agree with you.