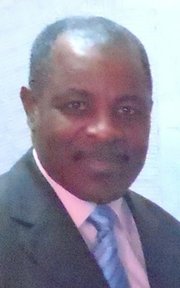 Franklyn Wilson, who controls just over one-third or 33 per cent of the BISX-listed petroleum products supplier's shares, said the deal gave FOCOL an upscale, high volume purchasing client base in the shape of multinational and local airlines, plus private jets and their operators.

Apart from further diversifying FOCOL's markets by taking the company into aviation fuel supply for the first time at LPIA, Mr Wilson said the move also reflected "growing management confidence" that the Bahamian-owned company could handle this segment's peculiar demands.

"With every segment of the industry, there are particular risks and challenges, and this entry into the business is a reflection of growing management confidence that we're better placed to manage those risks than we were at the time."

Pointing out that it was rare for Bahamian-owned companies to enter into partnerships with major multinationals, such as the one FOCOL was now in at LPIA, Mr Wilson added: "There's something to be said for a Bahamian-led company to be direct partners with two of the largest companies in the world, Chevron Texaco and Esso Standard Oil.

"There are not too many Bahamian companies who have partners of that ilk. It really speaks to the credibility of the company as a whole, and the effectiveness of the management."

However, Mr Wilson said the real significance was not the physical assets acquired, but the aviation client base the company was taking over, and the possibility to expand this by providing proper service to the likes of multinational airlines.

"There's some assets acquired that, in dollar terms, are not significant," he told Tribune Business. "The real key to this part of the business is expertise, execution and confidence.

Describing the move into the aviation fuel business as bringing FOCOL Holdings "into a different ball game", Mr Wilson praised Anthony Robinson, the company's president, for recruiting and developing a management team that was strong enough, and deep enough, to facilitate such a move.

"All this is what has helped to build confidence among the Board of Directors that we're ready to make such a move as this," Mr Wilson told Tribune Business.

FOCOL Holdings, he added, was more than holding its own in a tough macroeconomic climate, which had not been helped by the recent rise in global oil prices to more than $100 per barrel.