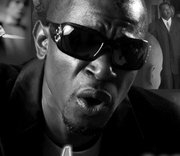 USING his music to bring awareness to the issue of crime in the Bahamas, Gospel reggae artist Gesner Dalmond is spreading his message through a new single, "What's Going On".

Moved to respond to the increase in violence in today's society, Mr Dalmond, also known to his music industry peers as "Mr J," said he wanted more people to ask the question, "What is going on?"

He told Tribune Religion, he wants the lyrics of the song to inspire people to action.

"I want people to reflect on the lyrics and make it a call for action to do whatever you can do to help. I want them to see that we have a problem and it is everybody's responsibility to make a positive difference," said Mr J.

The song has already been released on radio stations in Nassau and around the Family Islands. He said it is also available in Creole and can be downloaded online.

When it comes to raising awareness, Mr J said every Bahamian, young and old, can take part in doing what they can. Violence he said, has become far to commonplace to the point of acceptance.

"Through the medium of music, I hope to remind folks that Nassau used to be a very peaceful town and many of us miss that. Therefore, it is incumbent upon all of us to do as much as we can to keep our society as safe as we can," said Mr J.

He also encourages other musicians to take advantage of their widespread platforms and create music that will bring about positive change in young Bahamians.

"This is a problem and I hope that I am joined by many other artists who also see fit to bring awareness to the violence in our society," he said.

Describing himself as a soft spoken young man with a strong desire to serve God, Mr J said he sings his songs passionately in the most unexpected, "bombastic voice".

Earlier this year, Mr J came up with a clever remake to Dancehall artist Beenie Man and Future Fambo's "I'm Drinking Rum", which he dubbed "Stop Drinking Rum". The song caught on very quickly and was Mr J's way of spreading a positive message to listeners.

Around the same time, he also addressed the issue of "provocatively dressed women" in his single "Gal Hear This". The song, he said, came about after his "disappointment" in the way women dress in the community today.

"It is addressing the scandalous apparel that a lot of females nowadays are wearing," he said.

Mr J told Tribune Religion that the song was not meant to offend women, but simply to encourage them to understand that their bodies are precious. "(A woman's body) is a jewel, a crown and the temple of God. When a female dresses in a way that portrays herself to men to be a sex symbol, she is really devaluing her self-worth and also her self-respect," said Mr J.

PRAY FOR THE WILL OF THE LORD TO COME IN OUR NATION.