Oil Drilling And Exploration In The Bahamas 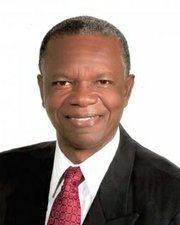 DESPITE a long history of exploration in The Bahamas, the substantial risks of petroleum exploitation only gained prominence following the worst oil accident in history – the Deepwater Horizon blowout in the Gulf of Mexico in 2010.

That spill released more than five million barrels of oil before it was capped and sealed after 83 days. The oil discharge threatened the Great Bahama Bank, Bimini, the west coast of Andros and western Grand Bahama. Although a major ecological tragedy, this event forced the risks associated with oil drilling to become a much needed topic of debate in The Bahamas. If the oil were to reach our shores the potential consequences would be enormous.

The 1971 Bahamas Petroleum Act requires holders of exploratory licences to spud a well after a specified number of renewals. The Bahamas Petroleum Company had received permits from the government to explore for oil; and those permits had been renewed. However, following the Deepwater Horizon blowout causing the spillage of millions of barrels of oil into waters contiguous to the waters of The Bahamas, the government declared a moratorium on exploration and suspended all further licences and renewals.

At the same time, the government also initiated a process to modernize our outdated regulatory regime to properly manage the industry in the event that exploitation of hydrocarbons proved feasible in The Bahamas.

These events preceded the 2012 general election and were not linked to it. However, oil exploration and the renewal of BPC’s licence did become political issues during the election campaign.

Leaders of the current Christie administration had been closely involved in issuing the original licences to BPC in 2005-2006, and they entered the heated debate during the election campaign; unfortunately during the course of the election campaign, the DNA tried to make political capital out of this issue, and during the process did great damage to sustaining a healthy debate, by ignoring the facts, and bringing in allegations that had no basis in fact.

This was despite the fact that events in the Gulf had amply demonstrated the devastating potential consequences for Bahamian tourism, fishing and the environment, should commercial oil reserves be confirmed and exploited without adequate governance. As a responsible government, the FNM, like most right thinking Bahamians, had very serious concerns about this prospect.

The existing regulatory environment for oil exploitation in The Bahamas does not allow for rigorous oversight of potential negative impacts to our most precious resource – the environment which underpins the way of life of all Bahamians, especially those engaged in tourism and fishing.

The 1971 Act and regulations provide for certain built-in obligations on the part of licencees in the event of a credible oil find. Those obligations include the requirement to drill a well at a prescribed minimum depth. The challenge for The Bahamas is that the Act was written over 40 years ago; prior to Deepwater Horizon; prior to Cuba drilling for oil in neighbouring waters; prior to the delimitation of maritime boundaries with Cuba, and prior to the discovery of oil in the offshore waters of Brazil and Mexico.

Without detailing all the issues inherent in something so materially significant, it is a clear responsibility of the government to prepare the country for oil and its likely consequences, should drilling proceed. The regulatory, legislative, environmental and financial regimes, must all be comprehensively overhauled to deal with this complex industry. In our view, Norway appeared to offer the best example of a modern regulatory system capable of managing all the competing interests.

In seeking to prepare The Bahamas for a reasoned position on oil, we did a number of things.

As well, there is the decision regarding a national approach to renewable energy, based on the body of work completed and on-going

Should The Bahamas choose to become a petroleum producing country, it must balance that choice against its current economy and way of life. And the principal underpinning of our economy and way of life is the natural environment, so this asset must be protected as far as possible. There are models around the world that we can evaluate and adopt to achieve the most robust protocols and strategies for managing the prospect of oil.

In order to provide a basis for constructive discussion on this subject, I have summarized the main elements of the Norwegian regulatory regime.

Norway is considered among the world leaders in the petroleum industry. It began oil production in the North Sea in 1971, and now produces almost 2 million barrels per day as well as large quantities of natural gas. Norway has developed a strong regulatory and legal framework to govern this important industry. We sought to get an understanding of this framework, of the environmental issues involved, and of the investment approach for oil revenues.

Norway established a sovereign wealth fund in 1985 to receive a significant portion of its oil and gas revenues. This fund finances the national pension scheme.

In developing its petroleum industry, Norway was guided by the following principles, which were established before the start of production:

Norwegian officials told us that the industry is both a blessing and a curse, and noted that the existence of resources does not guarantee successful development. Several countries have discovered oil, but few have used the resulting revenues to advance national development or improve social conditions.

They insisted that before exploration and drilling activities begin, it is essential to have in place a comprehensive legal and regulatory framework that deals with every aspect of the industry, including health and safety procedures, licensing procedures, joint ventures, environmental and transportation procedures, and most importantly transparent rules to deal with the huge sums of money that can be generated by this industry.

The Ministry of Petroleum and Energy has principal responsibility for governance of the industry and managing the resources on the Norwegian continental shelf. It ensures that activities are carried out in accordance with the law and government policy. It also has responsibility for state-owned oil companies, as well as the partially state-owned company, Statoil.

The Norwegian Petroleum Directorate is the technical arm of the Ministry and plays a key role in petroleum management. It exercises administrative authority in connection with the exploration and production of petroleum deposits.

Other government agencies involved in the management of the petroleum industry include the Ministries of the Environment, Labour, Fisheries and Coastal Affairs, and Finance.

The sovereign fund is a construct based on the principle that petroleum resources belong to Norwegian society as a whole. The state secures a large portion of the profits created through taxation and public ownership of a share of oil and gas fields, pipelines and shore facilities. The state owns 67 per cent of Statoil, and receives annual dividends which amounted to $2.35 billion in 2011.

To ensure that revenues are used for the benefit of the Norwegian people, the total net cash flow from petroleum activities is transferred to the national pension fund, which also earns income from investments. These receipts are gradually phased into the national budget by covering the non-oil deficit in the budget. As a result, Norwegian workers are guaranteed a pension when they retire and enjoy universal healthcare. Responsibility for management of the fund is delegated to the Central Bank.

The legal framework includes the Petroleum Act of 1996, which governs all petroleum activities, including prospecting and production licences, development and operational plans, pipeline licenses and decommissioning procedures. It includes robust environmental and safety regulations.

Petrad is an academic and technical institute that was established in 1989, to facilitate the sharing of knowledge and experience related to petroleum management. This institute provides training for government officials from around the world based on the experience and expertise that Norway has developed to manage its petroleum resources in a safe, sustainable and environmentally responsible manner. The Norwegians consider Petrad to be their contribution to international development aid. The Bahamas was offered training opportunities at Petrad. Oil producing countries use part of the proceeds to train their own people so that they can play a more active role in the Industry, creating skills and jobs. The Bahamas will have to do likewise.

A most instructive element was the exhaustive protocols put in place by Norway to decommission expired wells.

All these elements are an appropriate model for The Bahamas. It is not just about immediate jobs or short-term revenues. It is about safeguarding our national future. The Bahamas must exploit its natural resources sustainably in order to conserve them for future generations. A recent comprehensive study of the natural resources of Andros – a collaboration of the government, the United Nations and private conservation groups – demonstrated conclusively the extraordinary contribution these resources make to The Bahamian way of life.

Oil comes from nature. However, the supply of oil is finite. If The Bahamas chooses to become an oil-producing State, careful thought must be given to the proper management of whatever wealth that will bring to the nation before the resource is exhausted. Such planning requires the same stewardship that should be applied to the sustainable use of resources such as aragonite, forests, water, arable land or fisheries. They must be exploited and managed responsibly.

Norway is aware of the addictive quality of oil. The disintegration of other industries and businesses (this cannot be overemphasized), the heightened levels of corruption, dishonesty and the reduction in the work ethic, which bring about tragic consequences for states and citizens the wealth is intended to serve. The Bahamas must first prepare itself to avoid the potential adverse consequences are eliminated or minimized for our environment and our people. There must be a full, accountable and transparent national debate on these issues.

• Earl Deveaux, who retired from politics in May, is the former Minister of Environment in the Ingraham government.

It's all very well to have the BIG talk and the BIG plan, however you haven't discovered oil yet!! There are many parts of the world where it has been thought that oil is plentiful only for hundreds of millions of dollars to be lost on duster after duster. If you really want to give yourselves a choice, let the oil companies undertake exploration drills with plenty of incentives to encourage them to speculate, rather than try to stifle the whole process with lots of regulations and greedy sovereign wealth plans. You can be "greedy" after the oil has been found, but to show your hand now, in my view, is very silly, naive and childish. A clever politician never reveals their hand. You just have and you haven't even found oil. As an investor, investing in oil exploration companies I can say with certainty you have put me off investing in the Bahamas completely.