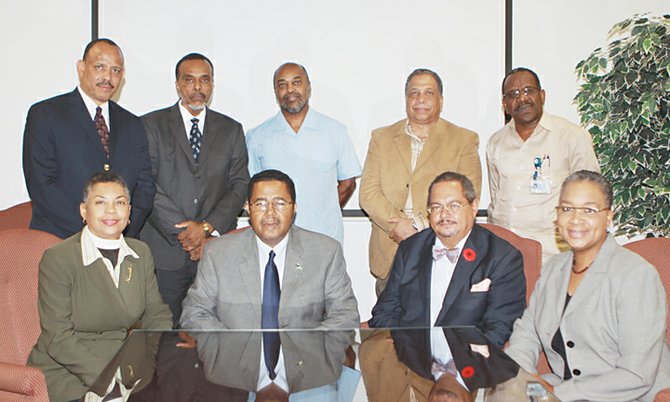 THE government is looking to delve into stem cell research with the creation of a special task force designed to review the controversial treatment and offer recommendations on its use in the Bahamas.

Health Minister Perry Gomez announced the task force at the Ministry of Health, yesterday morning, where he explained the task force will study stem cell research from an ethical and medical point of view before delivering a final report within the next 60 days.

At the end of that period, Dr Gomez said, it will be the government’s intention to discuss the research in Cabinet for possible future legislation and the development of guidelines for the use of stem cell therapy in the country. Though he noted that process will take time

“The Bahamas is an independent jurisdiction and provides a sophisticated infrastructure that enables medical practitioners and scientists to provide state-of-the-art care to population,” Dr Gomez said. “The country is also blessed with a strong Christian community.

“With the development of stem cell research and the recognition of the improvements in health that may come with this type of therapy there are many physicians who want to use this new technology.”

Stem cells are undifferentiated cells that have the capacity to renew themselves and to differentiate into various cell types – such as blood, muscle, and nerve cells, Dr Gomez explained.

In later stages of human development, he continued, small quantities of more mature stem cells can be found in the tissue and organ systems. These cells are termed adult stem cells.

Adult stem cells are responsible for renewing and repairing the body’s specialised cells and can be found in bone marrow and human skin, Dr Gomez explained.

“While adult stem cell research has been around for more than 40 years and has led to clinical therapies for several diseases, the field of human embryonic stem cell research is still relatively new, and basic discoveries have yet to be directly transitioned into clinical applications,” Dr Gomez said.

The Minister also took note of the potential “medical tourism” opportunity from American scientists and physicians that could present itself should the Bahamas embark on this new medical therapy.

“With the current legislation and policies in the United States and the proximity of the US to the Bahamas, there is also the interest in fostering a medical tourism opportunity based upon the potential availabilities of these novel therapies, locally,” Dr Gomez said.

“Currently several practitioners in the Bahamas are developing and even conducting stem cell therapy in research and in clinical settings. It is expected that the use in an unregulated manner will increase over the next five years.

“With such opportunities and also the real ethical dilemmas, the government has charged this task force to develop a series of recommendations on the use of stem cell therapy.”

The task force will be headed by Dr Arthur Porter who said stem cell research will probably be “the most important therapy” of the next generation.

He praised the government and Dr Gomez for having the “foresight” to develop the task force and said the force will consider both the potential positive and negative aspects to the therapy over the coming months.

Dr Duane Sands is also on the task force and spoke on how the Bahamas could possibly advance global medicine with further research into stem cell therapy.

“Medical tourism is a huge, huge economic growth industry accounting for more than 70 billion per year and when you imagine the potential for medical tourism, the question is whether a new jurisdiction like the Bahamas can combine science with ethics and morality,” he said.

“We are interested not in getting involved in the sordid underbelly of the attraction of some of these products but what we want to be is on the cutting edge of good science, ethical science, in order to advance medical progress. I think the Bahamas sees itself in a very ambitious way. We ultimately want to lead the world in the development of this new industry.”