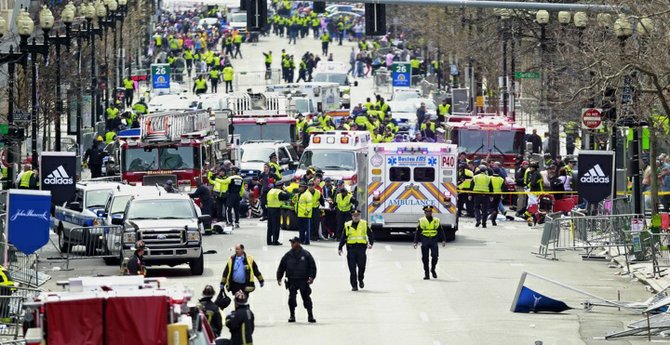 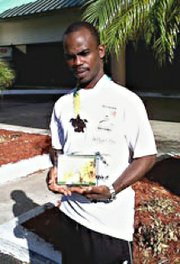 Sidney Collie has established a reputation as one of the most successful roadrunners in the Bahamas and his success in the sport thrust him into the line of fire at a horrific scene in the world’s oldest marathon.

Two persons were killed and dozens injured in bomb blasts near the finish line of the Boston Marathon, according to Boston police yesterday. The two explosions happened at about 2:50pm, more than two hours after the first of the race’s nearly 27,000 runners had crossed the finish line. A third blast rocked the John F Kennedy Library a few miles away and more than an hour later.

Collie, 33, finished the event with an official time of 3:07.09s in Monday’s event, well ahead of the explosions. Members of Collie’s Bahamas Roadmasters Club confirmed his safety through emails and contact with spectators and individuals in Boston, however Collie could not be immediately reached for comment at his hotel room.

Collie qualified to compete in his third consecutive Boston Marathon by virtue of being the top Bahamian finisher at the Sunshine Insurance Marathon Bahamas. He began his marathon running career in 2005.

His first international race was the Jacksonville Bank Marathon and since then he has completed numerous international marathons and half marathons including, 2011 A1A Marathon (where he earned a 4th place finish), West Palm Beach Marathon, Boston, and ING New York.

“Marathon running is a small close knit family and when you can achieve something like this, to be able to make it to Boston several times, you know that he is doing something well and in the Bahamas is definitely at the top of his field,” he said. “It is a tragic event, and we pray for the families of the persons affected by it. Knowing Sidney and his attitude and his spirit, it will not deter him, but make him want to compete even more to honour those people.”

Brathwaite himself has competed in over 40 marathons and carried the Bahamas’ flag at the Baltimore Running Festival in 2012.

Collie credits his success in recent years with the assistance that he received from Sunshine Insurance/Marathon Bahamas, Dr Kathryn DeSouza and friends, and Bahamas Roadmasters. He has increased his success on the international scene following a costly mistake at the 2011 Marathon Bahamas when, by no fault of his own, while leading the race he took a wrong turn and was subsequently disqualified after assuming he had won the race.

Collie rebounded to be the top Bahamian finisher in both the 2012 and 2013 events.

Last year he finished in 2:47.40s, five minutes behind overall winner Bryan Huberty, who took the top spot in a new course record of 2:42.53s. This year he improved his time and was again the first Bahamian full marathoner to cross the finish line in a personal best of 2:45.47s.

Managed by the Boston Athletic Association, the Boston Marathon is the world’s oldest annual marathon and ranks as one of the world’s most prestigious road racing events.

It is held annually on Patriot’s Day, a holiday celebrated in Massachusetts and Maine in observance of the beginning of the American Revolutionary War, making the Boston Marathon rich in history and tradition.

The legendary point-to-point course starts in rural Hopkinton, passes through numerous quaint New England towns before finishing on Boylston Street in the heart of Boston.

Traditionally held the third Monday of April, it began in 1897, inspired by the success of the first modern-day marathon competition in the 1896 Summer Olympics.

The Boston Marathon is the world’s oldest annual marathon, and ranks as one of the world’s best-known road racing events, one of six World Marathon Major events.