Top Qb Prospect In The Nfl Draft Has Bahamian Roots 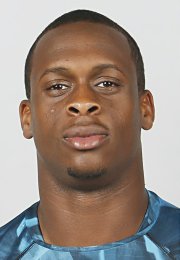 THE man many scouts and analysts project to be the top quarterback selected in this week’s National Football League Draft has strong connections with the Bahamas.

West Virginia quarterback Geno Smith has a bloodline which connects with several Bahamian sporting legends in several sporting disciplines, including track and field, bodybuilding and boxing.

The 22-year-old Smith was born in Miramar, Florida, to Tracy Sellers and Geno Smith Jr. His great grandfather was Cyril Smith, a Bahamian bodybuilding legend and following his competitive career, a renowned boxing referee and administrator. He won the inaugural “Mr Bahamas” bodybuilding title in 1950 and was a part of the bodybuilding wave of that era which gave birth to the

As a boxing referee he was the third man in the ring for many of the country’s top matches for over three decades.

The boxing lineage runs deep in the family for Geno Smith with his great-grand uncle Yama Bahama (Horatio Butler Jr) and Gomeo Brennen, both members of the Florida Boxing Hall of Fame.

Both fighters rose out of Bimini and Brennen achieved international acclaim when he won the middleweight championship of the British Empire, trained by renowned trainer Angelo Dundee.

Geno’s great-uncle Danny Smith was a star for the Florida State Seminoles in track and field.

He rewrote the Florida State track and field record book and became the first in NCAA history to win back-to-back NCAA Championships in the 60-yard hurdles in 1974 and 1975.

As a sophomore, he tied the world record in the 50-yard hurdles at 5.8s and over his final two seasons he either tied or set NCAA marks in both the 60 and 70-yard hurdles. He left FSU as owner of seven school records.

His mother’s side of the family, Smith’s cousin is former Miami Hurricanes running back Melvin Bratton, who in the early 1980s were credited for transforming the Hurricanes programme into “The U” we know today.

At 6’2” and 218 pounds, Geno Smith is considered one of the top quarterback prospects in this year’s draft.

At the NFL combine he ran 4.59s in the 40-yard dash, the fastest of all quarterbacks.

The NFL Draft is scheduled for April 25-27 at Radio Music Hall.

In the latest edition of his Mock Draft, produced April 22, ESPN analyst Mel Kiper Jr has the Philadelphia Eagles selecting Smith with the fourth pick, while his ESPN colleague Todd McShay has him going to the Cleveland Browns at six.

Don Banks of Sports Illustrated also has Smith going to the Browns at six.