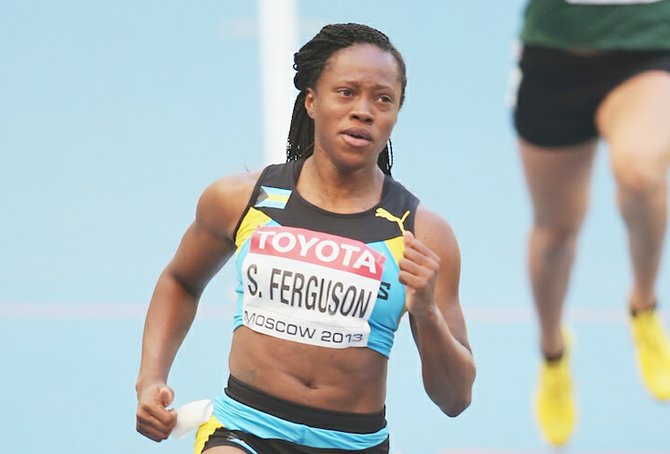 MOSCOW, Russia — In contrast to her first-round appearance, sprinter Sheniqua ‘Q’ Ferguson got left in the blocks and this time she had to run down the rest of the field in the semifinals of the women’s 100 metres at the 14th IAAF World Athletics Championships.

Unfortunately, she wasn’t able to accelerate down the track at the Luzhniki Grand Sports Complex to gain sufficient ground to catch the front of the field as she had to settle for sixth place in 11.35 seconds.

Once inside the mixed zone where the reporters are assembled to greet the athletes as they come off the track, a disappointed Ferguson, who had to run out of lane nine, declined to give any comments.

In the first round on Sunday, Ferguson stormed out of the blocks and built a significant lead until she was caught with about 30 metres left at the finish line, only to end up third in 11.33 seconds as she began her third appearance in the global competition.

Ferguson, 23, needed another fast start in order to advance but she didn’t get out with the pack.

Now her focus is on the women’s 4 x 100 metre relay that is scheduled for the final day of competition on Sunday.

Fraser-Pryce, by the way, bolted out of the blocks and was never contested as she sped to a world-leading time of 10.71 to regain her title from 2009 just like Usain Bolt did in the men’s century on Sunday night. The silver went to Murielle Ahoure of the Ivory Coast in 10.93 and American Carmelita Jeter, the defending champion, had to settle for the bronze in 10.94.