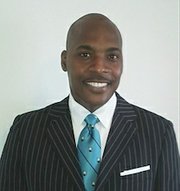 A DEFENCE Force officer has been named a recipient of a prestigious British scholarship.

Glenn McPhee, a Royal Bahamas Defence Force officer for 23 years, is one of three people to receive the British Government’s highly competitive Chevening Scholarship this year.

The UK government awards the scholarships to outstanding scholars from around the world who want to take postgraduate courses at universities in the United Kingdom.

The programme provides full or part funding for full-time courses at postgraduate level in any subject at any UK university.

A lover of reading and jogging, Mr McPhee is married to Dr Helean McPhee, a professor at the College of the Bahamas.

Next month he will join the University of Buckingham’s renowned Security and Intelligence Programme with the hope of increasing his understanding of intelligence led security activity and intelligence analysis while considering current threats like terrorism, cyber issues and the strategies for addressing them.

Since joining the Defence Force on August 20, 1990, Mr McPhee has served in the Military Operations Platoon, Squadron Department and Training Department. He is currently seconded to the National Intelligence Agency.

He served as a member of the second CARICOM peacekeeping contingent in Haiti, Operation Maintain and Uphold Democracy in 1994. For his service he was given the Army Achievement Medal from the United States Army. He was also given the Royal Bahamas Defence Force Overseas Campaign Medal and a Commendation Ribbon from the Security Council of The Bahamas.

In April 1999 Mr McPhee completed an Air Traffic Controller’s course in Oklahoma City, Oklahoma under the auspices of the Federal Aviation Administration Academy.

In April 2002 he completed the Royal Navy Young Officer’s Course at Britannia Royal Naval College, Dartmouth, England. On his return, he was appointed to HMBS Bahamas where he served as Supply, Deck, and Boarding Officer.

In July 2003, while the British Naval Ship, HMS Iron Duke was on a goodwill visit to mark The Bahamas’ 30th Anniversary of Independence, Mr McPhee was invited on-board to receive the prestigious Admiralty Binoculars, awarded to him as a result of his performance during his Naval training at Britannia Royal Naval College.

On 23 March 2005, he was awarded a full scholarship from The Bahamas’ Ministry of Foreign Affairs in conjunction with the Government of Mexico to study in Mexico City, Mexico. He subsequently received a Bachelor of Arts degree in Public Administration in September 2008 and a Master of Arts degree in Administration with a concentration on Human Resource Management in July 2010 from La Universidad Del Valle de M�xico, Campus San Rafael.

It is the first book to be published relating to the thirty-three year old naval institution.

Chevening Scholarships are the UK government’s global scholarship programme, funded by the Foreign and Commonwealth Office (FCO) and partner organisations. The programme began in 1983 and has developed into a prestigious international scheme.

Chevening Scholars come from over 116 countries worldwide (excluding the USA and the EU), and this year the Scholarships will support approximately 700 individuals. There are over 41,000 Chevening alumni around the world who together comprise an influential and highly regarded global network.