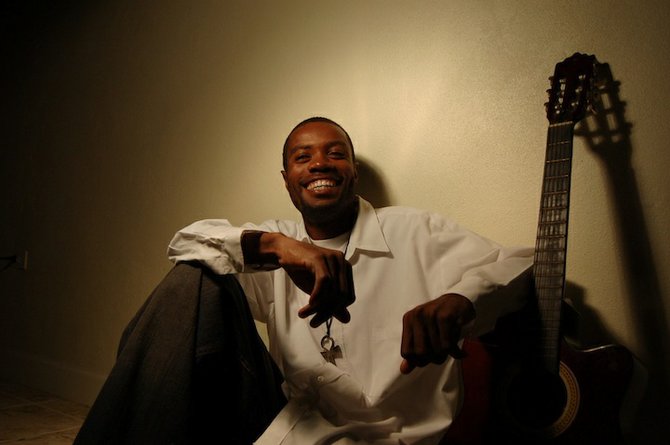 BAHAMIAN singer Jalam pays tribute to his mother and all other mothers in his new music video “My Mama”. Through his poetic lyrics, Jalam expresses gratitude and love for his mother’s guidance and struggles.

Jalam told In Ya Ear: “With this song, my producer Mr Lynx and I sat down and penned the song line for line critiquing every word as it was very important to me to bring this message forth correctly, the emotion of gratefulness and thankfulness I feel when reflecting on what my mother has done for me personally.”

Being raised in Cat Island as a child, Jalam said he participated in school talent shows all through his primary and high-school years. He highlighted the fact that he performed reggae songs for his teachers and classmates, beating on the desks to mimic a local melody.

Jalam said he always had a passion and love for music. Back in the day he released his first three singles; “No Mama Man”, “Jah Guides” and “Sufferation,” which created a huge buzz nationally and internationally.

He said the first single “No Mama Man” became an anthem in the Bahamas and it stretched as far as Trinidad and Tobago and up as high as London, Jamaica, Cuba , Turks and Caicos and South Beach, Miami.

Having performed in popular Miami night spots such as Club Bermuda and Club MVP, local boat cruises, island regattas and opening for “Baby Sham” at The Zoo nightclub, Jalam gained a lot of notoriety.

His first big opportunity came some years ago when he was asked to perform in front of thousands at an international Reggae All Stars Concert, an annual concert put on by the family of the late Bob Marley. He opened for headliners such as Glen Washington, Capleton, Morgan Heritage and Damian ‘Jr Gong’ Marley, just to name a few.

Jalam said his new single has not yet been officially released but the video is receiving great feedback. He said people are anticipating the official release date.

Jalam said he plans to take this project to its highest peak possible. “Full time with music is definitely a plan I’m working towards once I’m established properly and all things are in place,” he said.

“I feel any Bahamian that sings, plays a instrument, or produce beats of any type and genre is still a plus to the Bahamian music industry and the world stage at large. We just have to seek ways to diversify the market and create more streams of revenue for our entertainers and also pay them there due like any other business.”

Jalam said his supporters can look forward to a string of music videos and the release of his full length album later on this year.

“It’s an album that will make you ponder on a whole lot of our world issues. There are also tracks on there to keep you grooving as well as showing appreciation for the black woman and her natural skin tone and beauty. I just wanted to create a project that is mindful of all the social ills we have in our country and the world at large basically, and I’m confident people we get that,” said Jalam.

I would like to visit Icelandhttp://www.abcarcade.com/profile.php?...">, but I'm concerned about the potential undercurrent of casual racism there, based on a conversation I had with an Icelandic woman in London a couple of years agohttp://www.9mine.com/profile/pony/">.

It started as a conversation about the dna census database they have, and ended with a speil about racial purity, and retaining it at all costs.

Do you still live in Iceland, and is this sort of thing common?

'My mama' is one of his most touching songs, the lyrics and melody express truly gratitude and love for his mother. His great sound choice could be always improved with high-quality music equipment that you can check it out here http://www.newworldproaudio.com/">http://www.newworldproaudio.com/ . Nothing is more touching than a song that that expresses everything you feel for your mother.

It's always touching, to see how peope feel and express their gratitude and love towards their parents. Family is the most important thing in the world, we all know this and even the ones who didn't figure this out yet, they certainy will. Be there for your family members, spend time with them, go to http://www.atlantafamilyfuncenters.com">Atlanta Family Fun Centers and build memories that will last forever and that will warm your heart one day, when sadly you'll find yourself away from your loved ones. Don't miss out any opportunity to show your parents how thankful you are, it's always a good time to do it.

The video is awesome and it is indeed a great tribute to a mother. However, now the http://definedproductions.com/projects/">video animation production technology has reached a new height, which is why one can find so many amazing music videos. These videos are certainly visual delights and help the musicians promote their work on a grand scale.

There aren't many musicians that are into poetic vibes and if you visithttp://www.siranstacy.org/?page_id=7">http://www.siranstacy.org/?page_id=7 you will see many methods in which you can bring life to whatever lies into your imagination. If you are an artist and especially an musician you should know how to express in an efficient way your message to the public. The best thing that you can do is to relax and be natural in what you are doing.

If you check out http://bethscreative.com/">http://bethscreative.com/ you will see an example of what concentration and determination does to a person that really knows what wants. When it comes to hobbies, it is important to have all the tools and the materials that you need in order to create what you have in your imagination. The artistic field is one of the most interesting fields in which you can choose a hobby because there are no rules.

Jalam is an inspiring artist and you can see with naked eye that he loves what he does. If you're a melomaniac, you definitely know all the great contemporary voices such as http://www.victoriamurphymusic.com/">female singers in NY . After all, music is the one that heals the soul and brings joy no matter what.

Mothers are very important in anyone's life. The idea of dedicating a song to his mother was great and Jalam had a great success with this single. He is a great singer and he has a lot of success thanks to his wonderful voice but also to his http://mightymusicgroup.com/studio/">music producer in FL who helps him a lot in order to produce quality music.

It contains glorious and accommodating posts. I have perused the majority of them and got a ton from them. http://bbwdatingrevolution.com/">bbw website

This is my first time to visit your website and I discovered extremely enlightening learning you made an incredible showing http://chaturbatetokenshack.com/">chaturbate token adder

Your site is one of the excellent spot and I am charmed to locate some more data about its characteristic excellence. http://bestsugardaddydatingsites.com/">meet sugar daddy