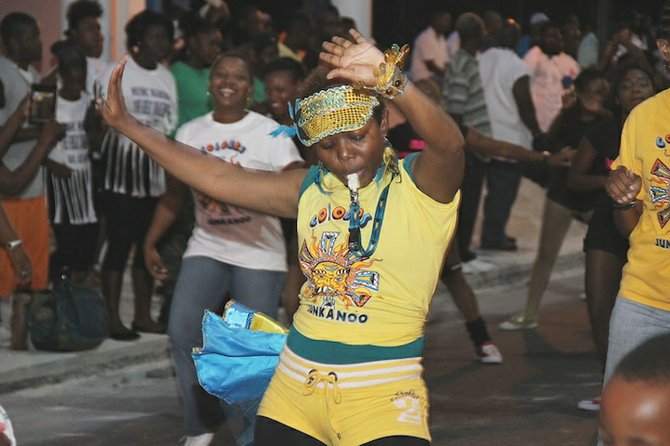 IT’S National Pride Day, so wave a flag, wear Bahamian colours, sing the National Anthem and join in a host of events in Rawson Square today.

The Secretariat of the 40th Anniversary of Independence, under the theme ‘Reflecting Our Past, Raising the Bar’, has planned a series of events from 10am to 10pm to be hosted by Anthony Newbold, of ZNS’s ‘Legends’ programme.

“The whole event is to foster pride in Bahamians. Proud of our past, our culture, our heroes, our institutions, and each other.

We have every reason to celebrate 40 years of independence,” said Joann Johnson, Chairman of the National Pride Day committee.

There will also be a reading of the Independence Resolution through the voice of the late Prime Minister Sir Lynden Pindling, followed by a selection from the National Children’s Choir.

Governor General Sir Arthur Foulkes and Charles Carter will bring remarks and there will be a tribute to the Fathers of Independence followed by a ceremonial flag raising and wreath laying.

Dance and drum performances are sure to keep people’s attention as the momentum leads up to drawing crowds into a national Junkanoo rush out.

Bahamian comedienne, Ms Daisy, is expected to appear and keep the crowds laughing and Housing Minister Kenred Dorsett will be on hand to present awards for the Best Kept Yard and Community.

Did they say Miss Daisy will be handing out awards and Kenred will keep the crowd laughing?