Man Charged With Causing Damage To Asphalt On Jfk 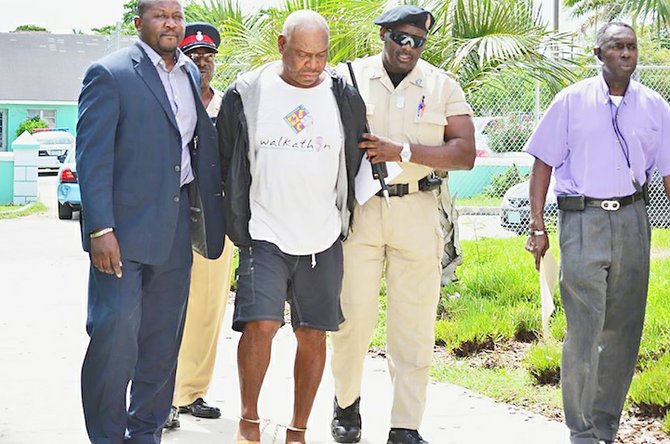 A 53-year-old man was arraigned in Magistrate’s Court yesterday for causing damage to more than 8,000 ft of asphalt on John F Kennedy Drive over a six-day period.

It is claimed that Thomas Alexander Rigby between Saturday, July 6, and Friday, July 12, intentionally damaged 8,700 ft of surface material valued at $1,211,396.67, the property of the Bahamas Government.

Rigby pleaded not guilty to the charge of damage and elected to have his case tried in the Magistrate’s Court.

He asked Magistrate Rolle to “take bail into consideration”, however the prosecution objected “in the best interest of the public.”

He was denied bail and remanded to her Majesty’s Prison until September 16, when his trial is expected to begin.

Rigby was informed that he had the option of applying for bail in the Supreme Court.

He was not represented by counsel.

They say he gets no bail because of the public's best interest. I guess he is classified as "dangerous".

So he did all this damage between July 6th to July 12th and no one saw anything?? That's a whole week!!! And it's in the best interest of the public that he not be granted bail but the give it to murderers?? I am truly dumb founded!!!!!!!!!

This story is vague... No investigative journalism here... I have a number of questions that should of been answered in the article... How did they know it was him and what evidence they have to prove it? What was his motive or what drove him to do this? Who is he and does he have a history of this type of behavior? Why was he denied bail for damaging road while people get bail for injuring or killing people? I have these and many more questions before i decided whether this man is a vilan or a victim of an unjust system fighting back..

He must have really been mad..and they hve him schackled like he comitted murder or rape..whatever happened to the man ho set the straw market on fire a few years ago? Several buildings burned down since that and no one went to jail...hmmm

If you drive that construction site you dont even see the machine present onn that road that even could do that type of damage. What happen all of a sudden its not needed on the site no more.