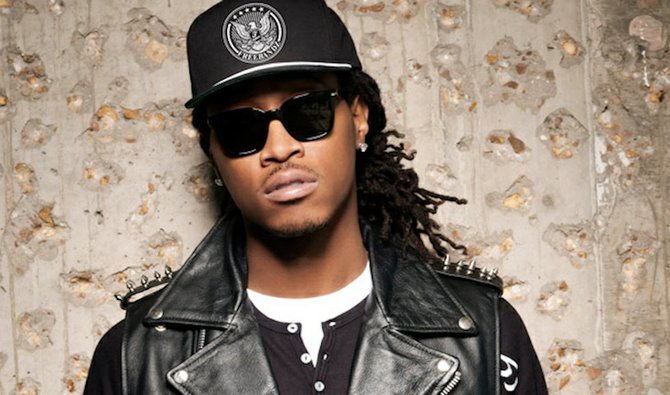 FOR the first time one of Atlanta’s hottest rappers will make his way to the Bahamas to headline a major concert. Future is expected to present a highly fuelled show during the Redemption Part 1 event this weekend. The concert will be held at Luna Nightclub on July 27. Local artists including, Melanique “pop princess” Sammi Star and others will open the set.

Doors open at 8pm and the show will begin with opening acts from the Bahamian musicians and DJ Prostyle. Before making his way to Nassau, Future will perform in Freeport at the Club Amnesia on Friday.

Future was expected to headline the Jingle Ball 3 concert presented by Fantastic Four Promotions along with fellow rapper French Montana, and DJ Prostyle in December. However the event was cancelled at the last minute. The show was rescheduled for December 28, but never took place.

Mr Major said ticket holders were able to get a refund on tickets for the Jingle Ball 3 event.

“All tickets that were purchased should have been turned in. People were able to go back to the ticket outlets and get a full refund on their tickets. If there are any tickets out there for the Jingle Ball 3 which was cancelled last year, we are willing to honour those tickets once they are legitimate,” he said.

Fantastic Four hopes that Redemption Part 1, which features Future and DJ Prostyle who were the original performers of the Jingle Ball 3 Christmas concert, restores the confidence of concert goers.

Mr Major said Redemption is a series and will continue with a number of great shows and events.

“Redemption Part 1 has special significance because it is a three part series, so this has significant meaning to the promoters themselves.

We are out to prove to the Bahamian people that we are still relevant and that we have quality shows. We have seen some promotions that have not done too well in the past so we want to set a standard. There is a certain calibre of artists that we are going to be bringing in our series. We started with Future and it is going to get better and better. People can look forward to bigger things. There might just be a few surprises at the event as well,” he said.

Mr Major said the show will be a worthwhile experience because Future is one of the hottest artists right now and is at the peak of his career.

Future, whose real name is Nayvadius Cash, is from the Kirkwood neighbourhood of Atlanta, Georgia. He was signed to Epic Records, A1 Recordings and his own label Freebandz.

Future has been behind the scenes for many years, writing hooks, verses and sometimes entire songs for many artists including singer Ciara, his celebrity girlfriend, Ludacris, and Rihanna.