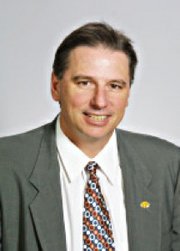 ON the departure of Larry Smith, the Bahamas Basketball Federation has named Larry Eustachy as the new head coach of the men’s basketball team.

Eustachy, a veteran mentor with more than 30 seasons of coaching experience, including 21 as a head coach, is in his first season with the Colorado State University Rams, who are in the Mountain West Conference Tournament’s semifinals in Las Vegas.

Federation president Charlie “Softly” Robins said they are excited about having Eustachy on board. 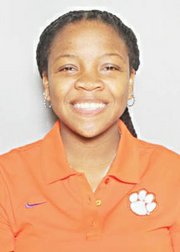 “The reason we have chosen Larry Eustachy is because he’s a division one coach and we are trying to go to the highest level that we can go to,” Robins said. “I don’t think that our local coaches, or the coach that we had last year, can take us to that next level.

Robins said although consideration was given to a list of coaches, they decided to go with Eustachy because of his r�sum� which boasts a 402-258 record in stops at Idaho (1990-93), Utah State (1993-98), Iowa State (1998-03) and Southern Miss (2004-12), leading his squads to 10 campaigns of 20 or more victories, seven post season berths (including four NCAA tournament appearances), and six conference championships.

Like the men, Robins said the federation is also looking at the same situation with the women’s national team, but they have selected Grand Bahamian Yolett McPhee-McCuin, who is now in her third year as an assistant coach and recruiting coordinator for the University of Clemson Tigers women’s basketball team.

McPhee-McCuin has been a trailblazer for aspiring females from the Bahamas, becoming the first Bahamian female to sign a letter of intent to a Division I school, and is the first to coach at a Division I programme. She also led the Bahamas’ under-18 junior national team to a silver medal at the FIBA National Games in international competition as a player and in 2009, she was an assistant on the senior women’s Bahamian national team and was named the Caribbean Coach of the Year.

“Basketball is growing and if we are going to grow and go to the next level, we have to look at getting the right people in here who can help our programme. That’s why we looked at Yolett for the women’s team.”

While Eustachy will serve as the new men’s head coach, Mario Bowleg will return as his assistant, along with Wade Watson, who on Thursday night at the AF Adderley Gym coached the Mail Boat Cybots to a 100-99 victory over the defending champions Commonwealth Bank Giants for a 4-1 decision for the New Providence Basketball Association crown.

“When Larry’s time is up, we will have a Bahamian who we feel could continue to take the team to the next level,” said Robins of Bowleg, who coached the CC Sweeting to the Hugh Campbell Basketball Classic title and is currently coaching the Career Builders Lady Cheetahs in their quest for a repeat championship feat in the New Providence Women’s Basketball Association.

Once Eustachy is done with the Rams, Robins said he will come to the Bahamas and be officially introduced at a press conference. He will then start preparing the team for their international appearance later this summer at the FIBA Americas Championships that is tentatively set for August 30 to September 11 in Caracas, Venezuela.

“It’s time to stop playing with basketball. We need to try to see if we can take basketball to the next level by getting the best coaches that we possible can,” Robin said. “We had a lot of coaches, including our own Lynden Rose, who is in Houston, Texas. But we were very impressed with Larry Eustachy and what he brings to the table in terms of experience and the connection that he has.”

Additionally, Quinton “Three Ounce” Hall from Grand Bahama and coach of the Eight Mile Rock Bluejays, who lost in the final of the Hugh Campbell Basketball Classic to the Cobras, will be back as the head coach for the junior boys team that will travel to Uruguay on June 11.

Kevin ‘KJ’ Johnson will serve as the coach of the under-17 boys team. However, Robins said they have not yet decided on who will be the junior girls’ coach. He said during the federation’s annual general meeting and national round robin starting on April 12 in Grand Bahama, they will select the remaining coaches and assistants for all of the teams.