Accused Of Sex With Young Boys 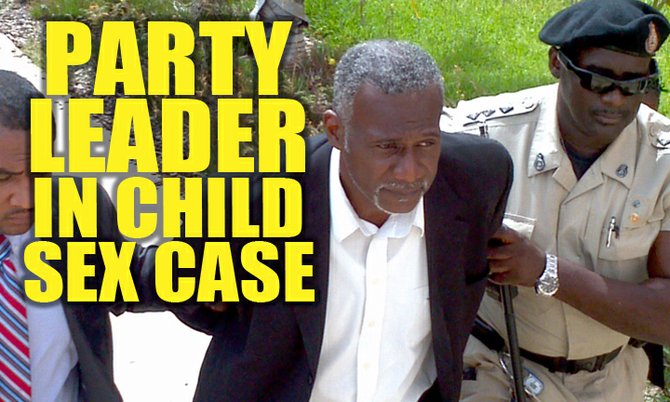 Stephen Serrette outside of court.

THE 51-year-old leader of the Christian People’s Movement was charged yesterday with committing sex acts with two boys under the age of 12.

“To God be the glory! Jesus is Lord,” said Stephen Serrette as he was escorted by police officers into Magistrate’s Court, where he was also charged with aiding and abetting sex between the two boys.

The Nassau resident continued to repeat “This ain’t right”, as Chief Magistrate Roger Gomez read out the charges.

According to court dockets, it is claimed that on Wednesday, November 21, 2012, the man had sex with the elder of the two boys.

The second charge accuses him of having sex with the younger boy at some point between 2011 and 2012.

The third charge claims the party leader purposely allowed the two boys to have sex with each other.

Serrette was not required to enter a plea in the matter, but his attorney Ramona Farquharson-Seymour said he maintains his innocence on all counts.

A Voluntary Bill of Indictment will be drafted to fast track the case to the Supreme Court.

The matter was adjourned to July 16.

He was remanded to Her Majesty’s Prison until that date.

Serrette launched the Christian People’s Movement in 2011, which he described as a political party emphasising Christian values.