Bahamas 'richest country in the Caribbean community' ranked by income 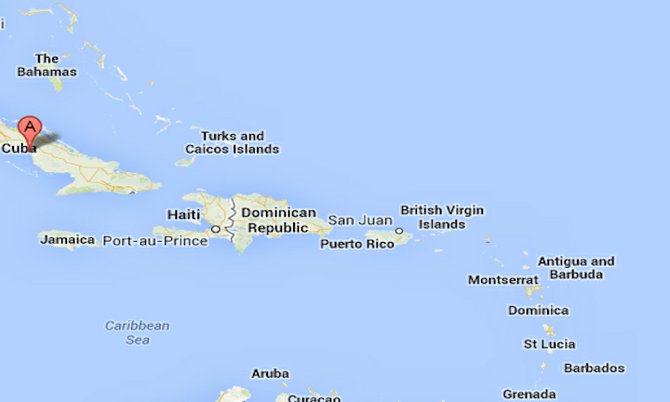 The islands have a gross national income per capita of $21,280, according to the World Bank 2014 World Development Report.

The figures are contained in the report’s ‘key indicators’ and apply to 2012.

The indicators also include population age composition and life expectancy at birth.

Life expectancy figures are recorded as at 2011 - aged 72 for men and 79 for women in The Bahamas.

In the United States the figures are 76 for men and 81 for women.

The report does not have specific gross national income information for Cuba, the Dominican Republic, Barbados or Haiti.

However, Cuba, Barbados and other countries were placed in ‘bands’ based on estimate per capita, with Barbados in the ‘high income,’ band, $12,616 per capita or more, along with Aruba, Curacao, the Cayman Islands, St Martin (French part), the Turks and Caicos Islands and the US Virgin Islands.

While the Bahamas may be the richest nation in the Caribbean community, based on income, do we have the best standard of living or one that's better than most? To determine that we will need to examine things like the misery level (crime, pollution, political unrest), along with the availability of living essentials, food, potable water, electricity, schools and education the level of taxation, the freedom of movement, life expectancy levels, infant mortality rates and more.

$21,000 in the Bahamas means you can buy a nice home in Pine wood gardens or some similar community r some govt low income home, YIPPE I cant wait , I RICHHHHHHHHH

What about Cayman Island and Turks and Caicos

But there is a more insidious side that is hidden in these numbers. They are calculated by taking the GDP or Gross Domestic Product (the entire economy) and dividing by the population. Here's the rub. There are 3 different ways of calculating GDP - by income, by expenditure and by production. So let's say Baha Mar add $2 billion through investment (it's not added all in one year, but for the sake of argument, suppose that it is). That money is direct foreign investment, but it is investment in tourism infrastructure owned by foreign corporations, and those foreign corporations repatriate their profits. So technically the $2 billion is added to the economy and it inflates the GDP and causes a big number when calculating gross income per capita. If the Value-Added approach is taken, the Value Added to the GDP is but a fraction of that $2 billion, and yet the $2 billion is used in 2 out of 3 calculations for the GDP.

The same goes for second home sales in Lifeless (er Lyford) Cay, Ocean Club or Old Fort Bay. Some of the transactional elements get added to the GDP calculation, but it in no way benefits the actual person Over the Hill.

So while the numbers may be used to suggest that the average person is richer than his neighbours in the Caribbean, it is not the case in reality.

Why don't we start ranking by income pro-rated against the amount of assets held or money in a savings account.

After all it's not what you get but what you do with it that counts right? Or is the Bahamas an alternate universe?

We have a higher per cap income b/c we have less people to split the pie up for ,but we are doing our dammest to change that and be like Haiti and Jamaica

True dat. I am coming across more and more young ladies around 25 years of age who already have 3-4 children. A handful of multi millionaires skew the results to the high end.

@bloody1967 that was hilarious. Dont forget the nerve bill and numbers bill lol

Too bad many thousand of our Comrade Bahamalander's paychecks don't reflect such a rosy financial picture. How can this be so while leaving bread crumbs behind for so many? The banks who ain't getting their mortgage and car payments on time would question such prosperity.

we makin the salary,but if you want to live,a modest home,light ,water,phone,cable,groceries,etc,the list goes on for the basic necessities of everyday life in the Bahamas,the cost of living is extremely high!disposeable income is almost non existant,i wouldnt talk about savings,it is almost impossible to save,either you cut off one of your utilities or do without something in order to save a buck,it is just to expensive!

That is the cost of a grossly overstaffed highly unionized civil service .We make more babies than jobs and have been absorbing it on the public purse.