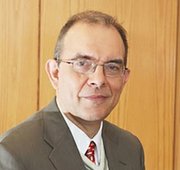 A top banker has warned that the uncertainty created by the proposed Value-Added Tax (VAT), and other government initiatives facing the sector, has caused institutions to place new hires and capital expansion projects on hold.

Ian Jennings, Commonwealth Bank’s president, said that with ‘financial services’ likely to be VAT ‘exempt’, the BISX-listed institution and other commercial banks would be unable to ‘net off’ the tax they paid on their inputs.

But, acknowledging that it was “not as simple” as a straight 15 per cent across-the-board increase for all Commonwealth Bank’s input costs, he said much would depend on whether VAT’s impact was mitigated by a corresponding reduction in Customs duty.

Still, Mr Jennings added that VAT, when combined with the new 3 per cent Business Licence fee and proposed Homeowners Protection Bill, had just added to “the level of uncertainty” facing the commercial banking sector.

“You’ve got uncertainty over the Homeowners Protection Bill, the impact of the increase of the Business Licence fees, and you’ve got the impact of VAT,” Mr Jennings told Tribune Business.

Pointing to the potential ‘Triple Whammy’ facing the sector, the Commonwealth Bank chief added: “There’s a lot of uncertainty, and as a result it makes you more cautious and much more reluctant as to whether you add staff and undertake future capital projects.”

Tribune Business has been informed that at least one commercial bank (not Commonwealth) has warned the Government that it may slash staff, and reduce its branch network via closures, if it brings VAT in as planned, while also maintaining the 3 per cent Business Licence fee.

This is because the combined impact of these new taxes would result in a significant bottom line contraction of anywhere between 10-40 per cent, especially given that commercial banks will, under the Government’s White Paper, be exempt from paying VAT.

This means that banks and other financial services providers, such as insurance companies, will join Doctors Hospital and healthcare providers in not having to register to pay VAT.

Nor will they have to charge the 15 per cent on customer bills. However, their ‘exempt’ status means they will not be able to claim back the VAT they will have to pay on their own input costs.

This has led to increasing concern throughout the financial services sector that VAT will spark an increase in their cost base, although the extent of this rise is uncertain.

“Our understanding at the moment is that the banks will be exempt, which means that while we will not be collecting VAT on our sales, we will be paying VAT on all our inputs. That means we could be looking at a 15 per cent increase in costs,” Mr Jennings told Tribune Business.

However, he acknowledged that it was not as easy as that. Mr Jennings said much would depend on what inputs, and suppliers, would attract VAT, and whether the promised reduction in Customs duties would “offset the increase with VAT”.

While VAT is unlikely to spark a 15 per cent increase in commercial bank input costs across the board, only goods will be impacted by a reduction in Customs duties, not services.

Mr Jennings noted that services purchased by Commonwealth Bank, such as accounting fees and legal fees, would attract the 15 per cent VAT with no possibility of a Customs duty offset.

“Some of those inputs will be increased,” he said. “In a lot of cases it depends on what that reduction in duty is to offset that 15 per cent VAT.

“At one time they were saying it was going to be revenue neutral. We have to wait and see for the detail.”

Mr Jennings said the banking industry’s single largest expense item was staff costs, something that should largely be unaffected by VAT.