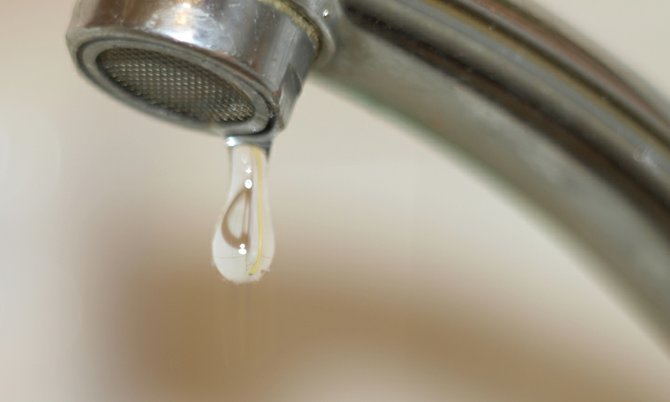 RESIDENTS across New Providence can expect continued water shortages over the next 10 days.

Officials from the Water and Sewerage Corporation said they have begun implementing water conservation measures.

It comes after residents in Central, Southern and Eastern New Providence experienced little to no water from Wednesday.

According to WSC, the recent water shortages were the result of a lighting strike.

They said yesterday: “Given that we are in the peak of the 2013 Hurricane Season, WSC will be taking steps over the next seven to ten days to regain our strategic storage levels by implementing limited water conservation methods.

“WSC is requesting the assistance of our valued customers and the general public to exercise water conservation measures to the extent practical; report signs of leaks and wastage and check your water faucets to ensure they are in the off position at all times when not in use.”

The WSC said the interruption in water supply on Wednesday was due to reduced water production volumes.

“Our Blue Hills Desalination facility experienced an extended period of substantially reduced water production on September 7 and 8 and again on September 10 and 11,” they said.

“The September 7 and 8 event was initiated by a lighting strike despite the extensive deployment of lightening arrestors and other control and prevention systems.

“In both cases, while the facility does have full standby power which is readily available, the communications and controls systems within the facility failed and extensive local and international resources had to be utilised to fully restore the systems which are required to operate the facility.

“The plants operator, Consolidated Water, is presently conducting an extensive review to determine the cause of these failures and to prevent a re-occurrence.”

Given those failures, WSC said they were taking steps to reduce the water supply to preserve storage levels.

Water pressure is expected to return to normal by the end of next week.

Just remember that to say "Our Blue Hills desalination facility..." is not correct. THAT thing is owned for a foreign corporation.

Remember that when you celebrate Independence Day - that you cannot take a shower without the help of a foreigner.

This is so third-world-country. Ten days of water shortages? Call in the Swiss. They can keep the power on and the water running. We een good at runnin' anyting 'cept a criminal organisation.

This government been in power just over a year...now no water, no light , no jobs and all the roads full of potholes. It had to be a joke recently when the Minister of Agriculture. Gray, told the vendors on Potters Cay to clean up their stalls and paint them in junkanoo colors. Have the minister visited Potters Cay recently? The entire causway is sinking and has become unaligned such that small cars have to turn sideways to get across some of the dips. Some of the hundreds of potholes are so deep, one could soon drop a line in them and fish! Y'all aint serious.

Water, water everywhere and not a drop to drink! The Bahamas can learn a lot from the Canary Islands desalination.

While this present government severely criticized the road improvement project carried out by the former government at least that project provided consistent employment for over 700 Bahamians for almost a 4 year period. And the benefits of the road improvements are there for ALL to experience. Now this project is winding down, along with the Airport road extension works and the airport renewal project. Close to 2000 additional Bahamians will be unemployed in a matter of weeks and this present government hasn't introduced a single project in New Providence that could hire 100 Bahamians for a year!