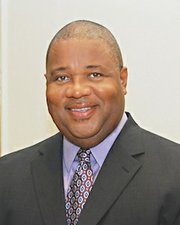 The Government is expecting to raise an extra $200 million in annual revenues from its proposed Value-Added Tax (VAT), a well-known accountant said yesterday, a sum double what it expects to generate from this year’s tax changes.

And Mr Seymour, who is now a business tax and strategy consultant, warned that the Bahamas faced “a doozy of chaos” come July 1 next year if the Government delays any more on publishing the VAT legislation and accompanying regulations.

“The Government realistically expects they will raise an additional $200 million in revenues,” Mr Seymour told Tribune Business of VAT.

“The most recent round of tax changes that went into effect on July 1, 2013, is conservatively estimated to raise $100 million. It’s [VAT] definitely going to be a situation where they expect to raise some additional funds from this.”

The extra revenues generated by VAT will be vital to the Government’s ambition of eliminating its GFS (recurrent) fiscal deficit by the end of the 2015-2016 fiscal year, and generating enough revenues to eventually start paying down its $5 billion-plus national debt.

The scale of the extra revenue anticipated from VAT, a 100 per cent increase over the amount expected to be generated by the 2013-2014 Budget’s tax increases, will also cast doubts over the Government’s position that the tax will be revenue neutral – a simple ‘income replacement’ for the reduction in import tariffs.

Mr Seymour said it was “very hard to say” whether the Government would hit its VAT revenue estimates, as this depended on numerous factors. Key among them was the extent of the corresponding reduction in import duties, and the fact the Christie administration would now be reliant on the private sector to collect and remit its revenues.

Pointing out that many of the expected 3,800 VAT registrants had enough challenges of their own, Mr Seymour said that while there was unlikely to be a “mad rush” to turn over the Government’s taxes, the need for businesses to claim refunds on their inputs would “compel them to do so”.

Pointing out that Bahamian companies were “thirsty for information” on VAT with nine-and-a-half months left before its implementation, Mr Seymour told Tribune Business that with just 3,800 registrants, the July 1, 2014, target was “doable if they get started now”.

“If there’s further delay, I believe we can have a doozy of chaos come July 1, 2014,” he said. “We have nine-and-a-half months to get the house in order.”

Pointing to the 10 per cent protectionist VAT rate that is set to be levied on hotel food and beverage sales, compared to the 15 per cent that outside restaurants and eateries will have to charge their customers, Mr Seymour said: “That’s being played out in Antigua.

“It was only when VAT came in that independent restaurants realized they were on the short end of the stick.”

Mr Seymour said many Bahamian companies were not opposed to VAT, but felt left out of the most important tax reform effort in the country’s history. He called on them to ensure they were maintaining proper accounting and bookkeeping practices, suggesting this was currently the best preparation possible.

He pointed out that VAT’s main impact was likely to be felt on the services side of the Bahamian economy, which to-date has been relatively untaxed.

For domestic work, attorneys and accountants were set to levy a 15 per cent VAT on top of their existing fee schedule. And, given that these billings were based on time spent on a client’s case, Mr Seymour said there would little relationship with ‘value added’ in a labour intensive industry.

"Tax neutral" is disingenuous at best, a known lie at worst: If their revenue is expected to increase, it is coming from somewhere/someone. Unfortunately the Government and the bureaucrats have done all the theoretical work with no actual logistics of implementation. Local restaurants will have to remit VAT at a higher % than hotel restaurants. VAT on supplies and services will get built into price increases. This ill advised fiasco will trickle up, down left and right before the dust settles. Dust does not remit Taxes! The harder the line taken by ministry of finance heads will result in harder resistance/non compliance. However they no longer serve the People, they serve the IMF, OECD, WTO, ILO, so we had better wake up quickly and demand answers.

It would be tax neutral if the customs duties on goods were to be reduced at the same time with VAT. I asked an accountant the other day, how to price a vat based import. He gave me some calculations, fair enough. Then I asked him, what happens to the inventory that I cleared before July 1st, 2014, since there would be no mechanism to recover duties paid on that. His answer was: you would have to tack on 15%.

It will obviously not be tax neutral on Services. I currently do not pay any tax on my Cable Bahamas bill, so, overnight I will be charged 15%.

I looked at the UK website, and, products ordered online from outside the EU pays Customs duty and VAT o the goods and duty.

A friend from Germany ordered a book from AMAZON US for fund-raising purposes. The book cost $11.95. After paying duties and VAT and shipping, the book cost him $27.00.

As one who frequently orders online, mostly books and other duty free items, I would love to know if VAT will be charged on online purchases which are currently duty-free.

I feel sorry for the restauranteurs. With one side of their mouth, they say this VAT thing will reduce discriminatory practices, with the other they tax the different restaurant classes in a discriminatory manner.

I am already making preparations for the VAT on restaurant food tho. I will simply stop eating at restaurants and I am already planning how all members of my family will accomplish that.

Wow -- I never thought of the effect of VAT on the cost of restaurant meals. As it is, with the 15% automatic gratuity, plus the 15% VAT, a hundred dollar meal will now cost $130 for the same thing. Our restaurant prices are already way out of line with Florida. We are truly going to kill the tourism goose.

As a US citizen who has resided in the Bahamas for many years, I can only simply laugh at how foolish Bahamian voters are. It is well known that the IMF, WTO, World Bank, IDB, OECD, etc. are all agencies in the main of US foreign policy tasked with destabilizing other countries whenever it is considered to be in the best economic or security interest of the US. The destabilization is typically accomplished by getting the country hooked on more foreign debt than it can possibly ever service. It is also often accomplished by forcing a country to replace its more cost efficient and more easily monitored/enforced taxation systems (like import duties in the case of the Bahamas) with other taxation systems that are not suitable for the country due to their revenue raising ineffectiveness, excessive costliness to administer (for both the government and taxpayers alike) and inability to be cost effectively enforced. It is really all too easy in countries like the Bahamas with a largely poorly educated voting citizenry to get dimwitted greedy influence peddling politicians and their crony supporters (whether they be on the PLP or FNM side of the table) to "sell out" their country by sucking on the "borrowing tit" placed at their lips by self-interested foreign interests.

Absolutely correct. However, the "poorly educated" part is the part that makes your comment ineffective - because nobody is able to read it and understand it. A shame really that in 10 or 15 years time, our dollar will be like that of Jamaica - no longer on par with the U.S. All of our wealth having been squandered paying interest and subsidizing Pampers.

Correct Reality_Check. Anyone can go to the IMF website to see who is dictating these bureaucratic idiots every move. and when the revenue stream from economic activity dries up, They will go after banked wealth, self justified that they have rights to it. Hence TIEA agreements with all countries that Bahamians may have stashed funds/assets in. The information is accessible now, for future reference.

Government Eyes or the political hacks eye the taxes? All for me baby, all for me.

I am still trying to understand how you can get more eggs out of the chicken by squeezing harder on its neck.

Ask the church. They do it all the time, by "squeezing" people into having more and more kids that they can't afford, simply to fill the pews and fill the plate as it passes around.

I note that Mr. Seymour is merely explaining what government "expects". But from whence do they expect such a windfall? $200 Million? Mmmmmmmmmmm. Define fantasy, coupled with dementia...it is a madness too devoutly wished; to paraphrase a term.

Let's be very clear: taxes are not unilinear. Governments do not merely impose taxes with no reaction in the marketplace. (Read: The Lucas Critique). Tax systems are an interstice....which is to say, you do A and XYZ effects occur. What I am saying is that the effects are multipliers of the initial action.

If the tax is low enough and efficient enough and has triggers (you do not get B until you have done A), then it does not induce a "Marginal Impulse to Aversion". However, there seems to be a spirit in the Bahamas that you simply impose a tax and you get all this money. First, the Churches and Unions have shown that they run the show. They will force "equity" concessions, which complicate the tax code. This means more expense to collect the same amount of projected revenues; which means either less revenues or higher taxes.

The government can have no true idea of what VAT may likely raise. In a country where people are averse to taxation, switching to a "honour system" tax seems fastidiously foolish. But a writer in these comments has put the matter right in saying that this is the game of the Bretton Woods institutions. Blind governments, lacking a clear understanding of how the world actually works, get drunk on the platitudes of unaccountable IMF minstrels....and only too late find that they have committed their countries to singing for their supper.

Unusually concise for you Gilbert! :) Our Governments have been singing for their supper in foreign courts for a few decades! A purely theoretical "Experiment" with real consequences is being conducted here. Unfortunately, the detrimental consequences will be experienced by everyone aside the Experimenters. This is where our slack, indifferent, insular, superiority has sabotaged us. Instead of getting the "former colony conversion to independence" right, we dropped right into the oft traveled road to serfdom.