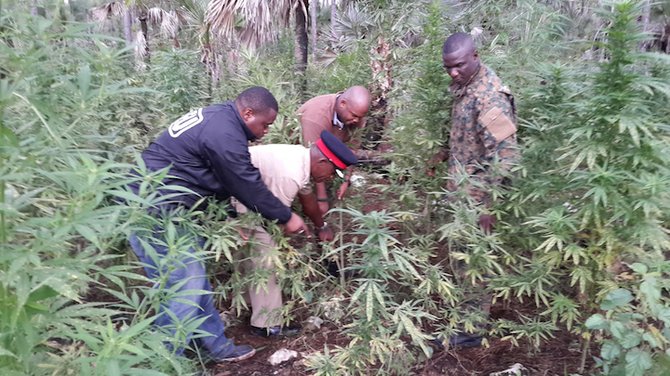 DRUG Enforcement Officers have arrested a 50-year-old man and are searching for two individuals who are behind a huge marijuana field found on Monday.

According to reports around 1pm, officers from the Drug Enforcement Unit acting on intelligence, went to an area west of Gladstone Road where the discovered a huge field consisting of thousands of three to ten feet tall marijuana plants.

The 50-year-old male was arrested at the field.

Police also found the suspect in possession of a shotgun.

Police are looking for two other male suspects.

Police believe that the discovery of the marijuana is significant in a larger fight against street violence, in which drug pushers are known to buy firearms with their profits and are willing to use them to protect their illegal business.